What does having fungus in your DSLR lens mean?

If you ever detect fungus in your DSLR lens, you would need to immediately send it for cleaning.  If the fungus is left for a while, it can etch away your lens.  This is because the by product of fungus is acidic in nature. 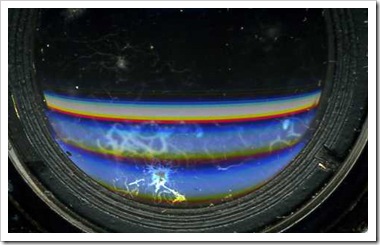 How does it occur?

Generally, fungus is the product of fungal spores and moisture.  Fungal spores are all over in the air and hence if moisture gets into your lens somehow and your lens is “inactive”, fungus can develop.

What does it mean?

During the initial stages, you won’t really notice much in terms of the picture quality.  Later, you will loose contrast on your DSLR and if it is left alone, the fungus will slowly etch away your lens.  This will start to create patchy parts of your lens and by then, you basically need to replace the lens.

Are there any cure?

Other than sending it for cleaning, there is a popular idea to put the lens under strong UV light (or direct sunlight).  However, you are advised against this as heat will generally cause the oil in the lens to (over)flow into other areas of the lens which it is not suppose to.

The best way is to use a clean room, open up the lens and clean it.

How to prevent it?

Minimize moisture exposure of your lens.  You can purchase a dry cabinet or dry box from brands such as AIPO and store your lens and camera in it.

There was some discussion on an anti-fungus coating for lens but I have not come across this officially and can’t really comment on it.

The cheapest way is to get a relatively air-tight container and keep your lens in it with a de-humidifier (sometimes commonly known by the brand Thirsty Hippo) packet.  This is basically silica gel that absorbs moisture.

Posted by Ian Tan at 12:17 AM
Labels: camera, photography