Macro with a compact camera

I once read about someone asking why we bother with “expensive” DSLRs and special Macro lens when compact cameras seem to be able to do the job just as well.  His main rationale was that compact cameras has a much closer focusing distance generally.  Most claim around 5 cm is sufficient for them to get a close up shot and some even claim 0 cm (not sure how this is possible). 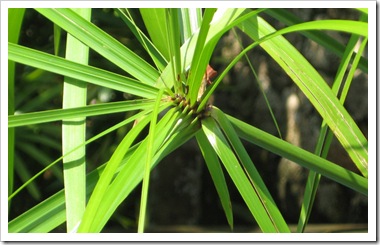 Well, I haven’t really tried comparing them side by side (I don’t have a dedicated Macro lens for my DSLR) but maybe I will do a simple comparison using a close-up filter on my DSLR instead.  Meanwhile, I was at the pool recently and saw this red dragonfly.  Obviously I did not bring my DSLR to the pool but I had the IXUS 75 with me. 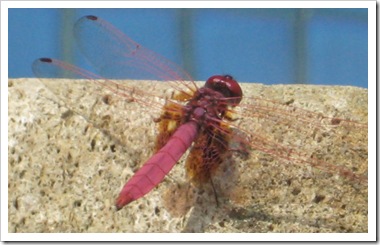 Thinking what was asked, I decided to take some close-up shots of the dragonfly. 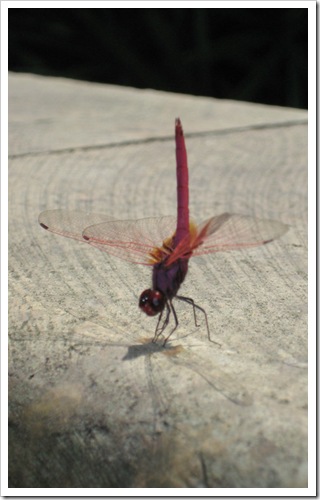 The camera had a 3x optical zoom and can focus at quite a close distance.  After looking at the pictures, I noticed that the sharpness isn’t there and thinking back, maybe it is from shivering while waiting in the water for the dragonfly to land!  So, it may not be a true representation of what a compact camera can do for close-up shots. 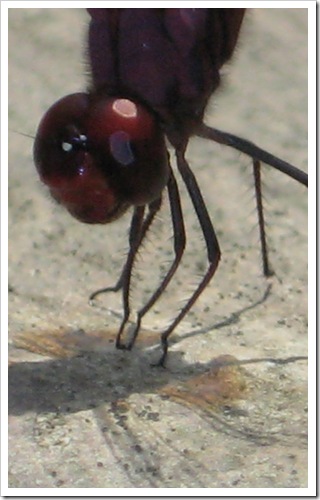 The camera also didn’t have image stabilizer, so maybe that’s the cause of the blur image.  However, it gave me the impression that possibly the sensors on typical compact cameras are too small to capture the details.

I will do a comparison between the Canon IXUS 75 (compact) and the Sony Alpha 200 (DSLR) sometime in the near future.

of course. even my canon powershot s80 takes better macro shots that my 350D.
you'll be able to get closer to get a more detailed shot.