I don’t usually need a MACRO lens and hence I never really invested in a proper 1:1 MACRO.  However, just today, I saw this caterpillar which I believe must have fell off the tree whilst trying to form it’s cocoon.  I went and grab my A200 with my kit lens (SAL1870DT) and my cheap +4 Close-Up Filter.  The filter has not been cleaned and since I was rushing, I just snapped away. 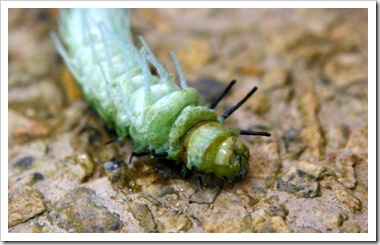 Here is another shot out of the many blurred ones that I took. 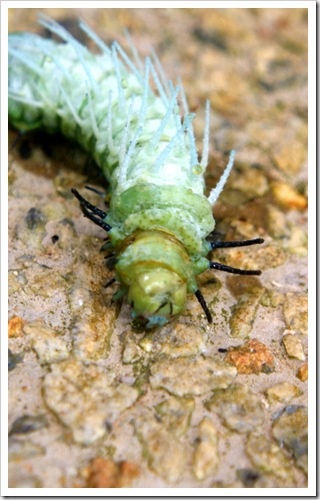 Not being happy with the close-up factor, I took out my other kit lens, the SAL75300 but having a focussing distance of 1.5 meters, I had to extend it to the maximum focal length.  Of course, the Super Steady Shot did not really help when trying to take a shot at 1.5 meters hand held! 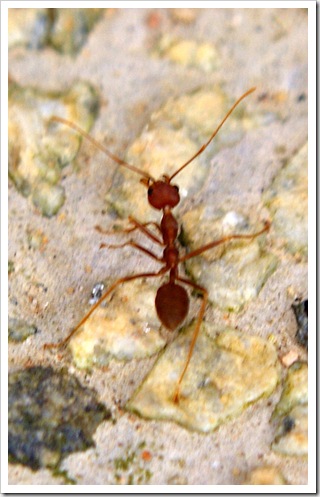 An example of the blurred image taken.  Sigh … I need a sponsor to get a MACRO lens.  Anyone?

It has been a long while since I had Malaccan style satay, not the infamous satay celup but the “regular” BBQ’ed over charcoal skewered sticks of meat.  The main difference is actually in the peanut sauce where the ones that I am referring to has blended pineapple inside the sauce.  The sweetness from the sauce emphasizes the flavour of the peanut sauce as well as the satay itself. 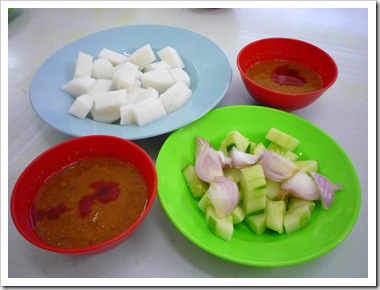 The place was crowded and from the looks of it, seems to be mainly locals having their tea time “snack” at 3:00 pm!  However, it may be because it’s a long weekend break.  After you are seated, they will serve the condiments first, i.e. the cut onions, cucumber, ketupat (well, technically, it’s nasi empit) and one bowl of peanut sauce for each customer.  The peanut sauce as mentioned has pineapple (amongst other things which I don’t know) blended into it, hence the colour and mushiness in the texture. 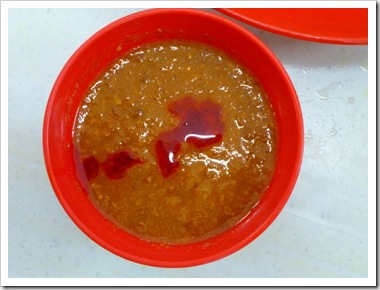 After a short while, the satay will be served, you don’t have to order the number of sticks you want, they will just bring it on.  This is the traditional way satay was served in many places … eat first, count later. 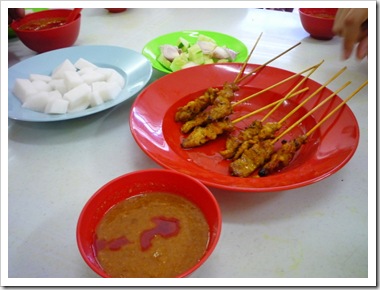 As mentioned in the title, in addition to the “unique” sauce, this place also serves pork satay and for those who never tried it before, you SHOULD! (Of course, unless you aren’t allowed to =) 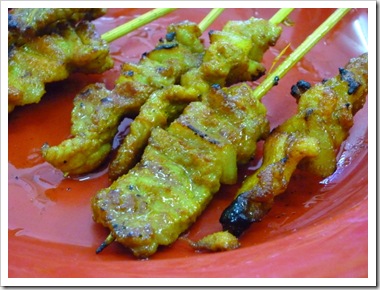 I think I had about 15 sticks as they are very small and unlike regular satay where you probably need 2 mouthfuls to finish off a stick, you can actually just put the whole satay in your mouth.  The satay itself is tasty, even without the sauce. 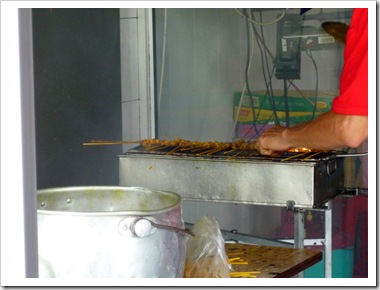 It is a small shop, where only one row of satay is being skewered at any one time.  A big fan blows the smoke out of the shop but even after 2 hours, the smell of the satay will linger in your hair.

It is located off Jonker Street (Jalan Hang Jebat is the official name I think) and is on Jalan Portugis (Portuguese Road).  The signage on the shop is as below.  You can park by the road. 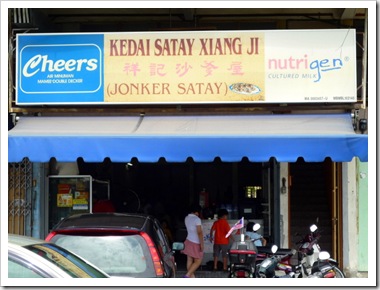 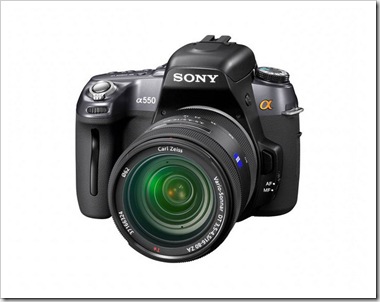 On the Auto HDR, “The α500 and α550 use powerful algorithms to combine and optimise two successive frames in only 2 seconds, correcting any misalignment between frames when shooting handheld, which is a Sony unique technology. 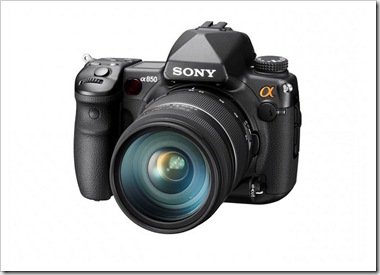 Posted by Ian Tan at 12:36 AM No comments:
Labels: camera

Sony A500 specifications and the A700

The much anticipated Sony Alpha 500’s specifications are published in a german website, http://www.digitalkamera.de/Kamera/Sony/Alpha_500.aspx. In my opinion, the specifications are very similar to the existing Sony Alpha 700 and this would be a great upgrade for those who were looking at the A700 before, i.e. people with the A100, A200 or the A300.  This is especially so for those who have been frustrated with the seemingly “poor” performance of the mentioned DLSRs at high ISOs. 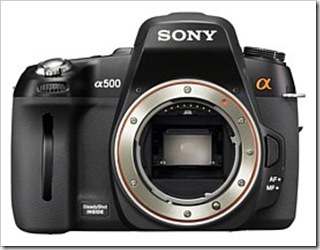 Seems to me that Sony is basically just repackaging the A700 and hopefully pricing it much lower.  The german website has it priced about 30% less than the A700 (I think).

Earlier this month, Sony announced the Cybershot DSC-WX1 and the DSC-TX1 with “unprecedented advances in low-light performance with approximately twice the sensitivity” of normal compact cameras. 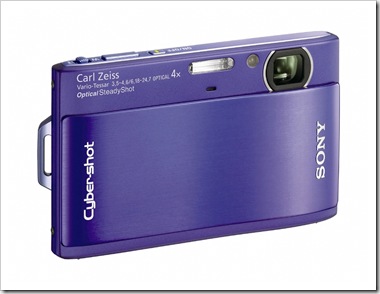 Remember the DSC-HX1 with the impressive sweep panorama?  Well, these new compacts will also feature this amazing technology. 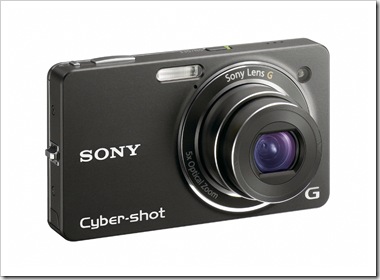 In addition, it will also be able to do very high-speed shooting at 10 frames per second!  That’s definitely a lot more than my Alpha 200 =) 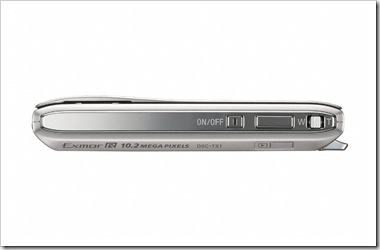 You can read the press release here.

Posted by Ian Tan at 11:13 PM No comments:
Labels: camera About a few weeks ago, Photography bay launched a competition called “Sony Twilight Contest” which as the name implies it’s sponsored by Sony, photographs to be taken at twilight, which is one of the two magical time to take photographs (the other obviously being dawn … but most photographers are too lazy to wake up at that time and hence twilight probably will get more entries :P )

One of the shortlisted photos caught my eye, as it is quite obviously from Malaysia. I have seen this place many times and this picture is really well taken in my opinion, and with the numerous stars in the sky and a very still water lake, it’s a special moment.

I am sure many of you readers out there know where this is.

Posted by Ian Tan at 11:13 AM 1 comment:
Labels: competition, photography

Just a short posting on images of flowers taken at the Putrajaya Floria Festival 2009 about 2 weeks back.  We went there on our long lunch break and had a quick walk-around as it was a very hot day.  Anyway, here are some of the outdoor pictures taken. 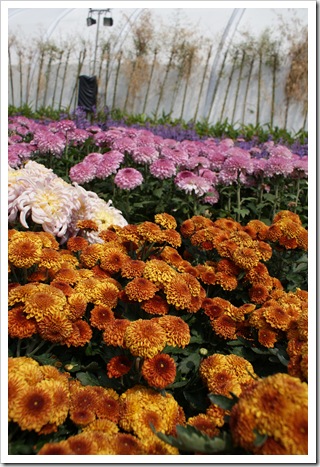 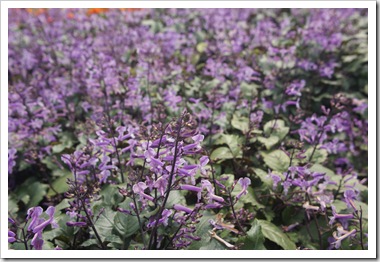 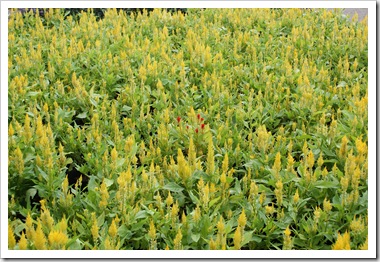 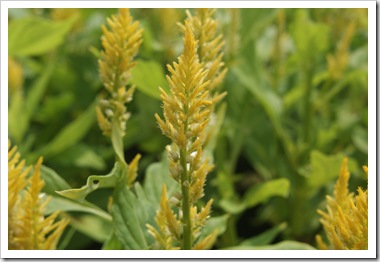 Here are some of the indoor pictures taken. 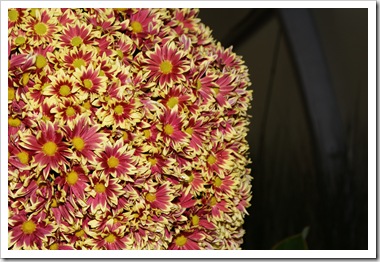 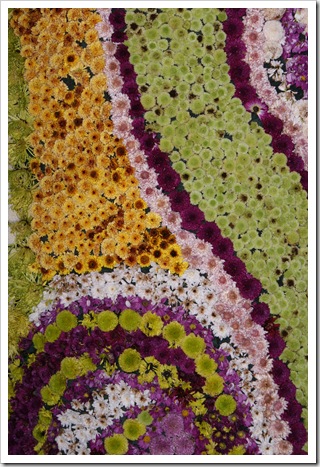 Posted by Ian Tan at 8:55 AM 2 comments:
Labels: photography 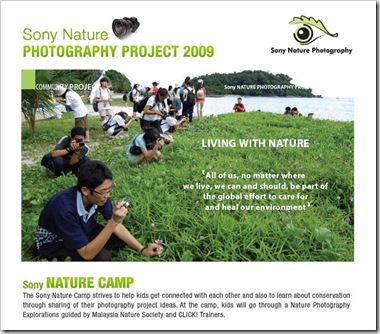 Rolling into it’s 5th year of “Living with Nature”, Sony Malaysia, together with its partners from Malaysian Nature Society, CLICK! Magazine; and supported by the Ministry of Education is having a photography event “Sony Nature Photography Project 2009”. This event’s theme is Reduce, Reuse and Recycle (3Rs).  This even is opened to

Rumours are abound with the A850 release with the dyxum forum’s postings about the leaked manual from Sony HK’s site.  From the manual, if it is true, the following are some of the highlights of the features to be expected from the Sony A850. 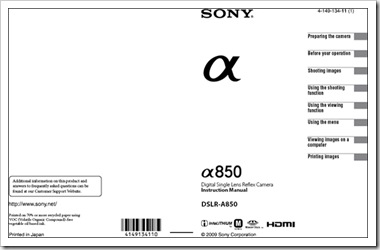 You can read more on dyxum.com forum.  A good place for getting the latest and reliable Sony DLSR on-goings.

Posted by Ian Tan at 3:45 PM No comments:
Labels: camera

Another photography trade show will be held in Mid-Valley Megamall this month, from the 15 – 16th August 2009.  From the list of exhibitors, it looks like it will be better supported by the industry distributors than the DCIM show.  Participants will include Nikon, Canon, Panasonic, Olympus, Pentax, Tamron, Sigma, Tokina and many more.  Definitely sounds like there will be much more than in DCIM. 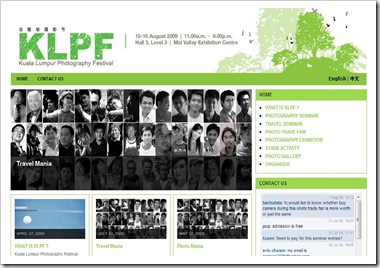 However, it is only during the weekend, so yours truly will probably avoid the crowd at Mid-Valley on a weekend.  More information can be found here.