After my miserable failed attempt at taking panning shots, those photos where the subject is in focus (or sharp) and the background looks like it is moving. After reading a little more, I realised that I did something really silly.  I had my stabilizer on; on the Sony, it’s called the Super Steady Shot (SSS), on Canon, it is called the Image Stabilizer (IS) and on the Nikon, it is called the Vibration Reduction (VR). 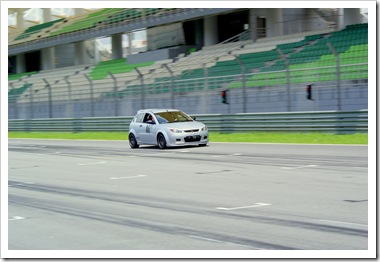 When I first tried to take panning shots of these race cars, I slowed my shutter speed to 1/25 thinking that I can keep the shutter open whilst following the object!  Well, that didn’t turn out too well.  For these shots, I basically just use whatever shutter speed that is appropriate for these fast cars, i.e. 1/125 or even 1/200 at times. 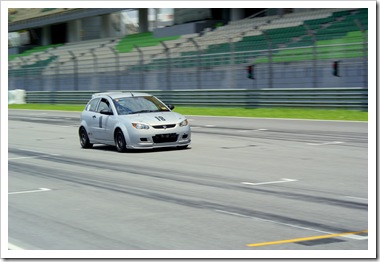 Turn off IS, VR, SSS

As mentioned earlier, you need to turn off your sensor or lens image stabilizer as the camera will try to compensate for your camera movement. 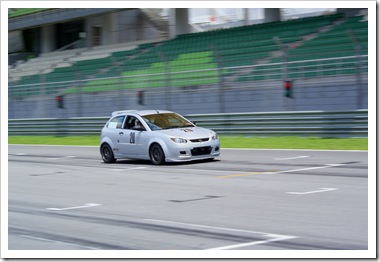 You should also set your Auto-Focus to continuous mode and the faster your camera is able to auto-focus, the better it will be. 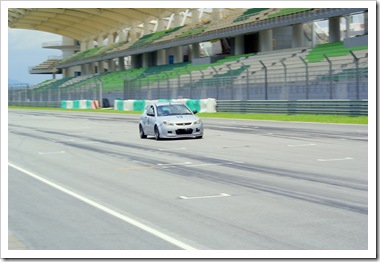 After that, you just need to point your lens towards the object and follow it’s movement whilst pressing the shutter. It can be done for slow or fast moving object. 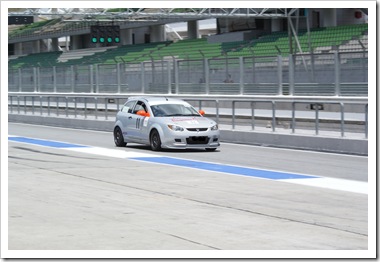 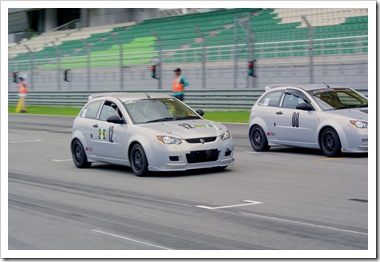 If you have a vertical stationary object, like above, it would make it look more dramatic.  Note that the above was taken off the starting grid of race.

Posted by Ian Tan at 8:58 AM
Labels: photography