Yes, Tropicana City again!  Not sure why but we originally went there to visit the flea market and somehow ended up having dinner there again! 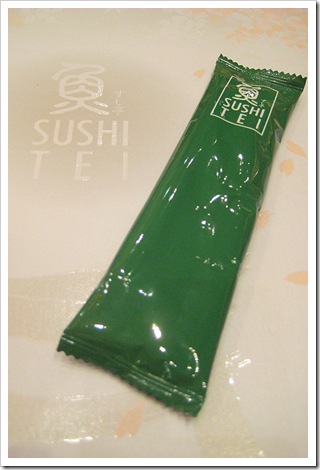 The ambiance at that place is quite pleasing, sort of relaxing in nature.  For a restaurant that have the sushi on conveyor belt, it doesn’t have the cheap feel like Sushi King or Genki Sushi.  However, a word of caution, it is a localized Japanese restaurant. 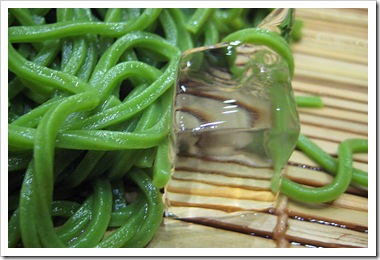 I had the cold cha-soba with chicken katsu.  The chicken katsu was pretty much a regular fried chicken but I must admit, the one they served was actually crispy on the outside and soft on the inside.  The soba, on the other hand, was veering towards tasting like cendol!  Ok, it is not that bad but it can definitely be better.  Even Northwest Airlines (now Delta Airways) serve better soba on their flights (but to be fair, that’s from Narita to Seattle). 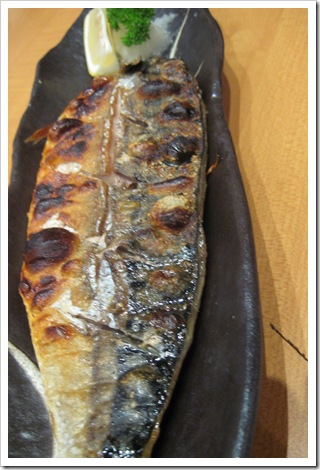 I also had the shio-saba (mackerel grilled with salt) and it seems to be fresh.  For it’s price, this is an item that I would recommend. I also had green tea which was served in this nice cup. 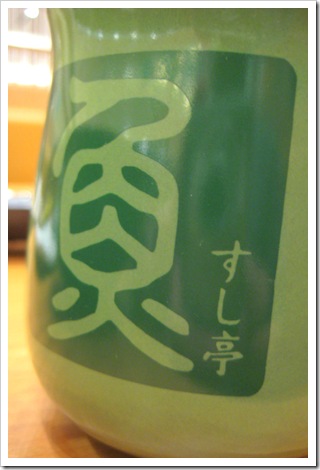 From the conveyor belt, I took this dish which I think is best described as seafood tema maki with meat floss.  It actually have a very tantalizing taste from the sweetness of the meat floss, coupled with the crisp of the seaweed and the texture of the seafood and the softness of the rice. 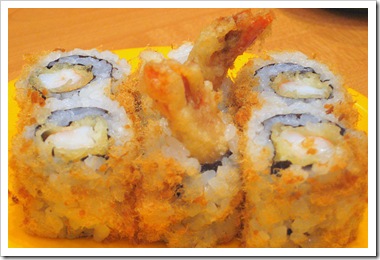 I also tried the a little of the tempura, which I would classify as ordinary and the curry udon.  The Udon somehow did not taste genuine and tasted more like low-she-fun (rat’s tail noodles).  Not sure whether that is how it is suppose to taste.  Anyhow, both tempura and curry are quite normal. 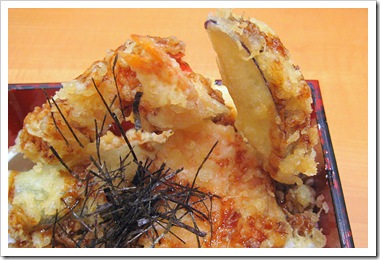 Would I recommend it?  I guess so, nothing really wrong with that place, the service is ok (except that they have this waitress that don’t seem to understand English nor Cantonese but speaks Mandarin really well).  For the location, it is the same as last week’s posting on Room Eighteen (but on the other end of the mall).

Yup, that cold soba does look cendol very much..

I wonder why the green colour is so bright.

the green is not "saturated", it is actually like that ...