I was introduced to a light box for product photography during the DCIM’09 show where I took a picture of an apple.  The idea behind taking pictures in a light box is that you eliminate (or reduce) some of the shadows and basically have the whole image focused on the product itself. 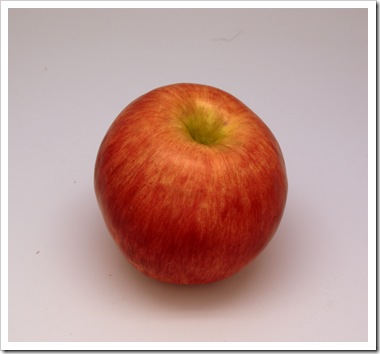 The setup for the basic light box would cost quite a lot and I was wondering how cheap I can get it to?  The setup of the “portable” light box at the DCIM’09 show is as shown below. 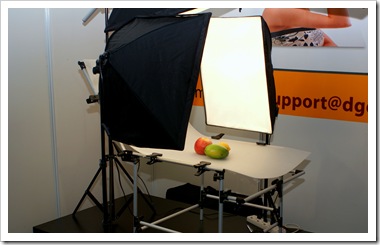 Being the ever budget conscious photographer (well, I only have the lowest end DSLR, the Sony Alpha 200!), I decided to see what I can do.  I basically bought a large white manila card for USD0.40 and some masking tape to set up my version of a lightbox using just the fluorescent lights from the ceiling and my single wireless flash.  The setup that I have; 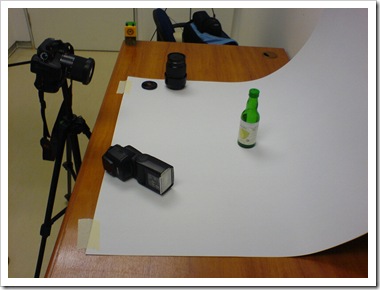 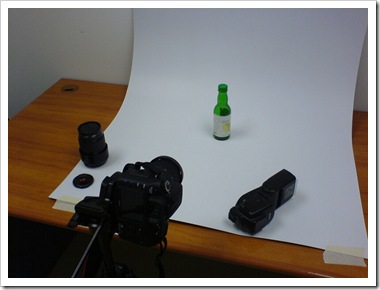 Nothing much to shout about but it’s cheap!  And it doesn’t have lighting!  Well, technically I can’t call this my attempt at one but it is the first step (intend to get some home-made diffused lights from the various angles later. Will take some shots for my next posting.

Posted by Ian Tan at 8:30 AM
Labels: photography