For those who lived around Damansara Kim, you may have noticed that years ago, there was this shop called Tesco.  This was before the Tesco hypermarket came to Malaysia.

For those who are even more familiar with the place, there was this stall selling Fish Head Beehoon nearby.  Well, they have decided to expand from the stall into a restaurant. 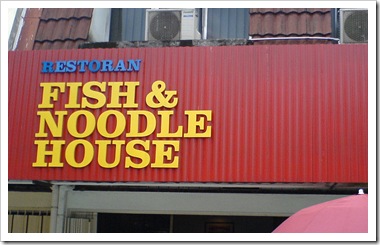 The menu selection is very small, basically you can have fish head, fried fish slices, fish paste or salmon with porridge (congee), noodles (beehoon), rice or just soup based. 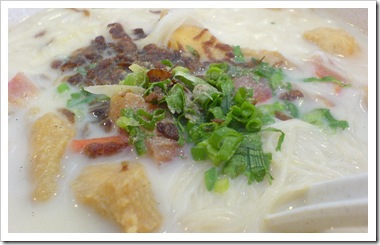 I had the fish sliced porridge.  The fish was pre-fried and added into the porridge which was slightly on the pepperish side.  They also topped the porridge with a small amount of chopped spring onion and some freshly fried shallots.  The latter was very fragrant and makes the dish appetizing. 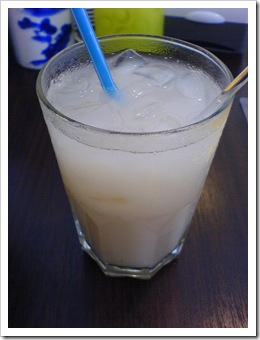 With it, I had a glass of iced barley.  They serve the syrup (sugar) in a separate container and it’s up to you to decide how sweet you want it to be.  Great! 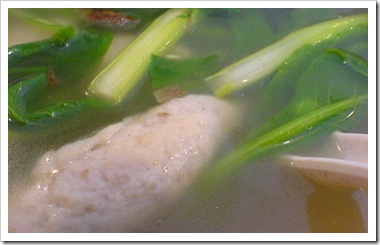 Other dishes that we tried was the fish paste soup and also the salmon rice.  The fish paste is nicely made with just the right amount of fishiness to it, however, the soup was again too pepperish to my liking.  The vegetables served were fresh and crisp.

The salmon rice was not what I had expected, it had tiny bits of salmon mixed with seaweed and rice.  Nothing special about it but it did look like a healthy dish. 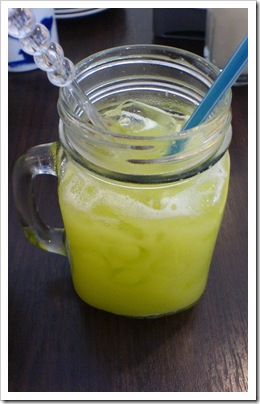 We also tried the calamansi juice (with sour plum) and it is one of the best ones I had for sometime.  The juice was thick, the sourness was just right but slightly on the sweet side.th

One thing to note, the servers had very bad command of English and also Cantonese.  One of them seems to be from China whilst the other seem to be from Indonesia.  Best to order directly from the proprietress.

I've been to the restaurant and the food is brilliant. Especially the fried fish head and chrysanthemum tea! Great finger food!

Btw, I spoke to the owners and I was told that this shop is in no way affliated to the stall selling fishhead beehoon nearby.

I loved your blog. Thank you.