The final race of the short 6 race series was on last weekend. The qualifying format was that the fastest 6 cars in qualifying will have their grid position in reverse, i.e. 6th fastest will be on pole and the fastest qualifier will be on 6th position.  I guess this makes for a more dramatic start to the race. 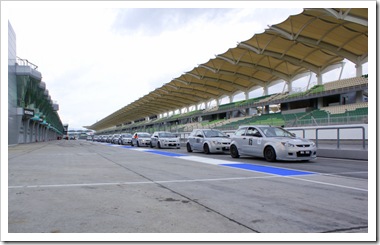 The cars lining up to go onto the track. 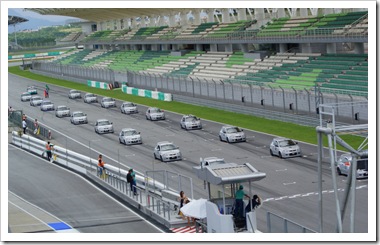 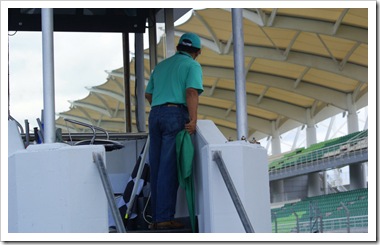 All nicely in grid position. 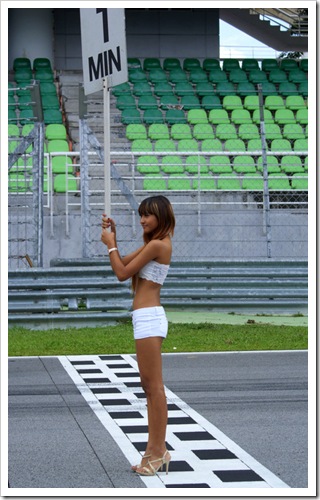 The customary grid gal, with 1 minute to go. 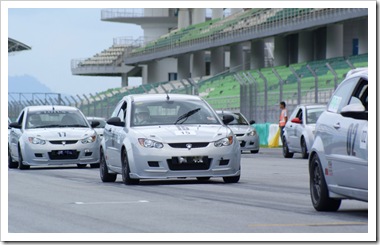 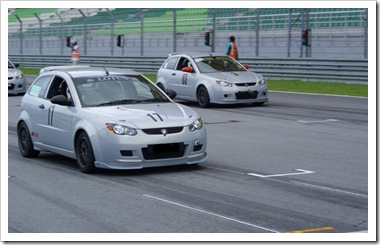 All ready to go … 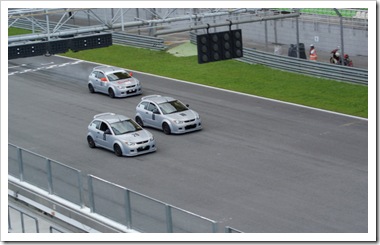 Just off the starting grid, the cars that had good qualifying times were able to overtake within the first 150m of the race.  Although the cars were suppose to be of the same specifications, they were not blue-printed.  Fair … well, not really. 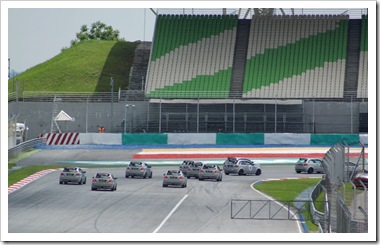 The incident prone first turn was taken smoothly, probably one that give many novice drivers the adrenalin rush! 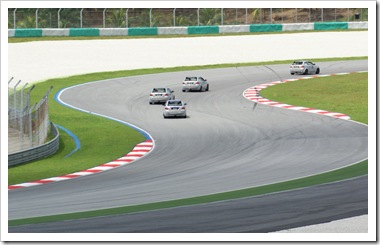 It gets quite competitive among the top 6 cars. 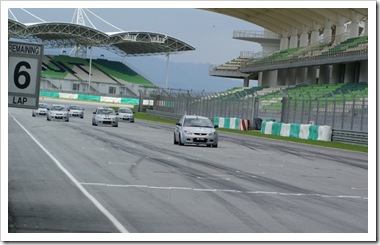 It’s a 10 lap race, with the cars doing around 3 minutes per lap, it’s a 30 minutes race.  The times are quite impressive considering that a Porsche (Carrera) stock does about 2” 40’ per lap.

The photos were edited for slightly bluish (white balance) and dark to indicate that it did pour (rain) extremely heavily near the end of the race.

Posted by Ian Tan at 11:48 AM
Labels: automobile, competition

I'm interested on all the picture you took on the Neo Clubsport races,but is abit too small to view in detail on the car.

I wish that I could get your help to let me view the picture album for the Neo Clubsport in bigger size.

Hi, if you can leave your contact, maybe I can share with you a few more pictures.

Hi there,thank you very much for being generous :) Anyway,I'm really digging for the nice picture you took there,Is somewhat exclusive since no one else took the race pic on Clubsport Neo.

Hi, Ian. Can u also send the pictures to my email. i really appreciated it. isyalsenna@hotmail.com