What’s immediately noticeable is … a top LCD!  or what some people will call the secondary LCD.  Masashi Imamura says that Sony’s advantage is that Sony makes their own sensor, processors and lenses.  The new A700 replacement uses Sony’s new APS HD CMOS sensor which aptly means that the newly launched model will be able to shoot video!  A first for a Sony DSLR.  Without a doubt, the new DSLR will have good video capability it Sony’s camcorders quality is anything to go by. 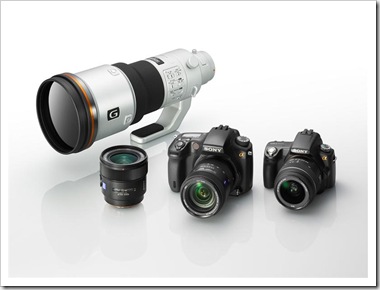 Together with the launched, there’s the 500mm lens and the Carl Zeiss Distagon T* 24mm!

As well as the new DSLRs, Sony has shown mock-ups of their mirrorless digital cameras that uses APS-C sized sensors. 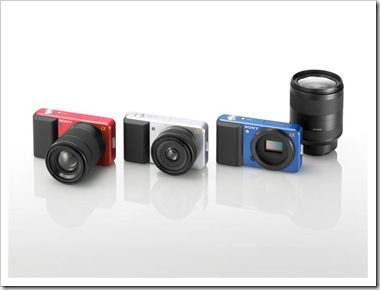 Will update as more news comes along …

More images from the PMA 2010 announcement. 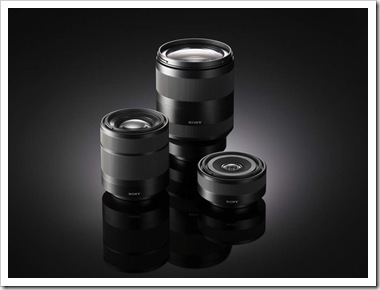 The mock-up lenses probably with SSM for video shooting. 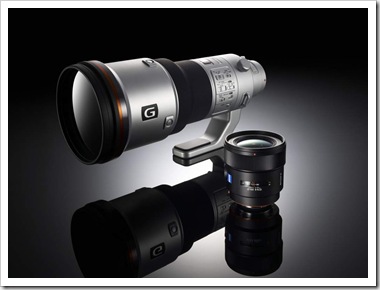 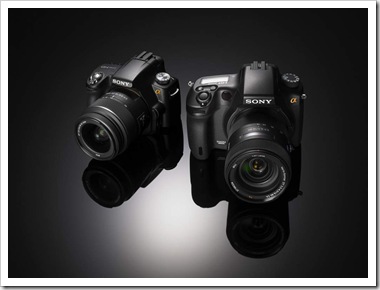 I'm really interested in their 4/3 cameras, they can finally replace my PNS that I carry to replace the obnoxious DSLR (some people don't like how the DSLR intimidates them) :D

Very nice camera, low light pictures are amazing, I love the features to detect until it snaps a picture of a smile, and a timer that detects when the picture of all. Would you like to be able to connect the USB cable directly into the camera, but this seems to be limiting the actual size of the camera, the film would also attempt to change the 60th and 50th record.