Along with the Cybershot TX-5, Sony also launched a compact superzoom, the DSC-H55. It offers a 10x optical zoom using Sony G lens (instead of Carl Zeiss) with 25mm wide-angle up to 250mm tele-photo.  Unlike the TX-5, it retains the CCD sensor and is capable of capturing images up to 14.1Megapixel. 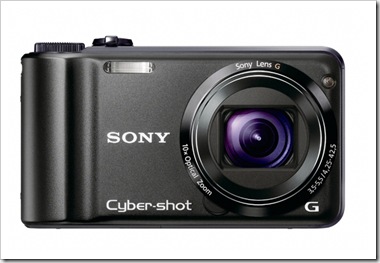 All new Sony still camera launches seem to allow you to take panoramic shots in one sweeping motion  and the H55 is also capable of capturing HD movie recording (1280 x 720).