I am not too sure but I have been told that the Alpha Mount in the Sony DSLR series is 25 years old!  That’s a lot older than I thought.  The first camera with the Alpha Mount was the Minolta Maxxum 7000 (or Alpha 7000 in Japan).  Other notable first for the Maxxum 7000 are: 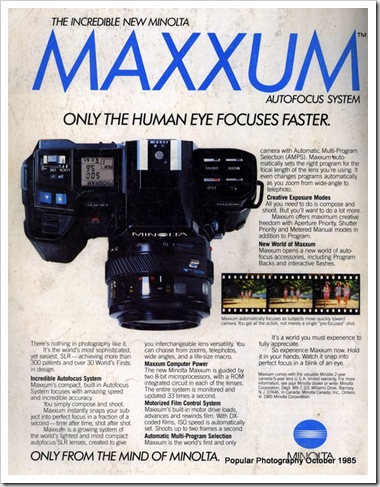 Other interesting facts is that older Alpha Mount lenses have five electrical contacts whilst the latest once (have been told since 1991) have 8 contact points. 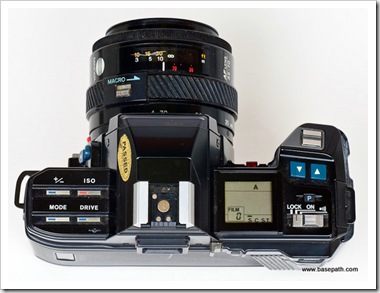 A picture of the Minolta Maxxum 7000.

Err so what is this blog all about?

telling you that Sony Alpha is not a new boy, got lots of innovation marh ...