Just to inform my dear followers that you can expect more for 2013 from this blog post.

Posted by Ian Tan at 1:54 PM No comments:
Labels: opinions

Note, this is not the Super Macro mode where it allows focussing distance as close as 1 cm from the lens.  This is the standard Macro mode.  Also, it is not as sharp as it can be due to a slight breeze and shots being taken hand-held, so please do not regard this as the capability of the camera.  I only meant to show what you can do on an ad-hoc basis with the camera hanging on your neck. 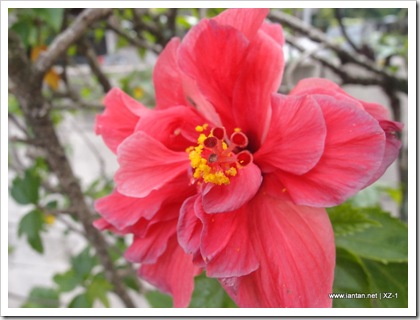 The 100% crop of the area around the flower’s filament (the part that connects the anther to the main body of the flower. 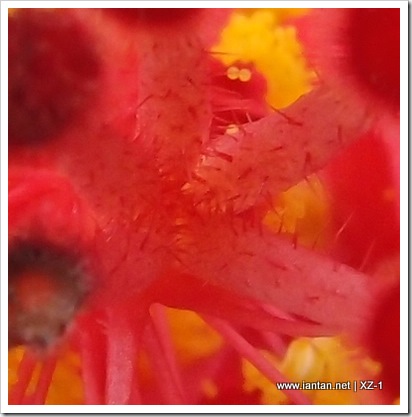 A shot of the anther.  Note that there was a slight breeze and hence the clarity of the fine “brush” is lost. The original shot. 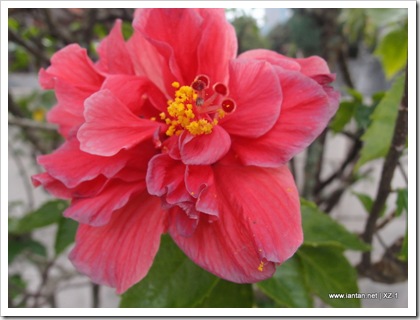 100% crop of the area near the filament and the anther (focused on the “dead” anther). 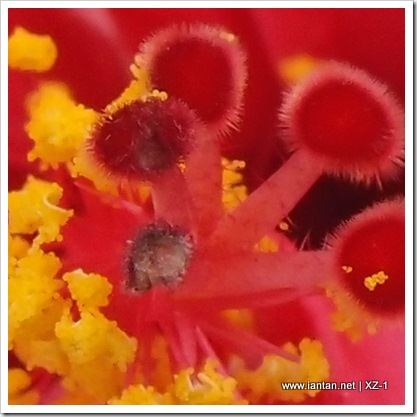 The sharpness, in my humble opinion, is pretty good for a compact camera.

Posted by Ian Tan at 4:47 PM No comments:
Labels: camera

I had the pleasure of having a meal at Amarin Heavenly Thai courtesy of my wife recently.  It was a fixed menu and “”sponsored” by her recently approved credit card.

The ambiance of the place has changed considerably from the last time I was there and the restaurant has been heavily renovated. 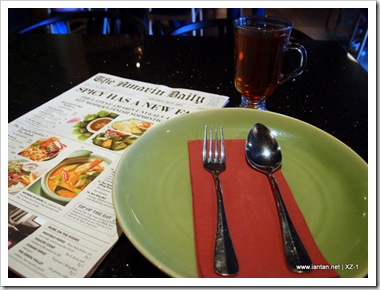 Anyway, first item to arrive was our Chinese Tea

.  Can’t really comment on the tea itself, quite “boringly” normal but that’s expected 95% of the time anyway. 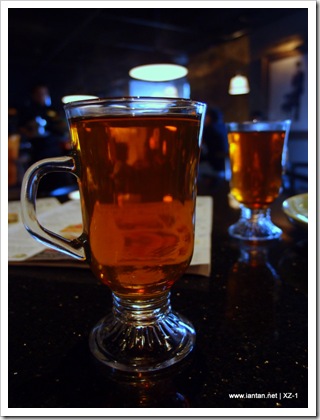 Very quickly after that, we were served our starters, which were 6 very well deep fried spring rolls.  They were served with sweet Thai chilli sauce which was not too light nor too strong.  The spring rolls were close to “heavenly” I guess as it was lightly crisp, not oily and the content was warm to the palette. 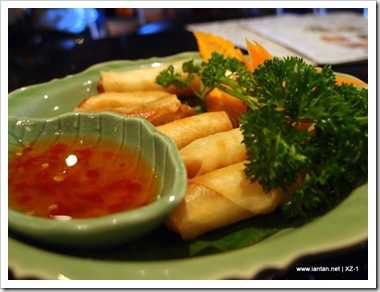 It was quickly followed by the Green Chicken Curry which initially looked quite creamily harmless but proved to be rather spicy after just 2 mouthfuls. The portion was tiny but well proportioned with chicken and eggplant (brinjals). 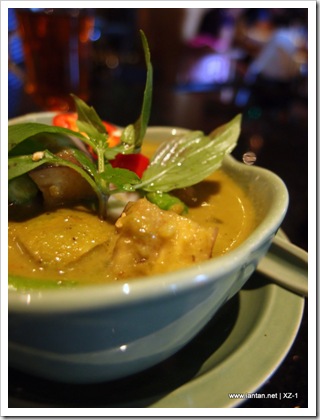 Individual, i.e. 2 portions of, Pineapple Fried Rice were then served.  I must comment that these were probably the best pineapple fried rice that I have had.  It may not be the way it is suppose to be in reality but the sweetness of the pineapple fried rice wasn’t sugary sweet but fruit sweet.  I am not sure if the sweetness is from the pineapple, it may be from other sources.  It was not overwhelm with cashews nor prawns and mix was good.  One tiny complain I have with this dish was that the prawns were not what I would call very fresh.  They were ok, but I had expected better. 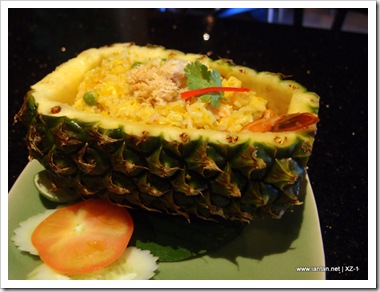 Our desserts were Tab Tim Krob, which were unfortunately not presented well nor was it made that well.  The other dishes were well presented but the desert somehow looked like a rush job.  We were served individual portions and it seemed that mine was twice as sweet and hence we suspect that the kitchen made a mistake with it.  Otherwise, it would have been good. 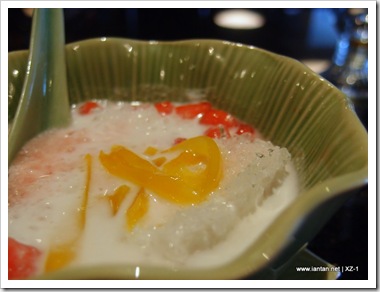 Overall, I wouldn’t mind returning to this restaurant as the food is generally good although on the pricey side.  As mentioned, our meal was sponsored, so here’s the bill 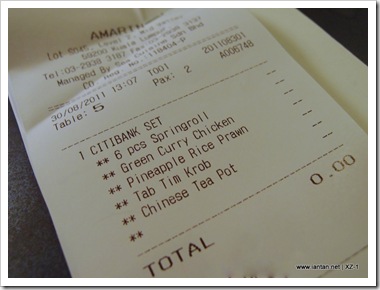 Recently, there were quite significant coverage on Apple vs Samsung in the European courts where Apple has managed to put an injunction to prevent Samsung from selling the Galaxy Tab 10.1 and other Samsung smartphones as well. 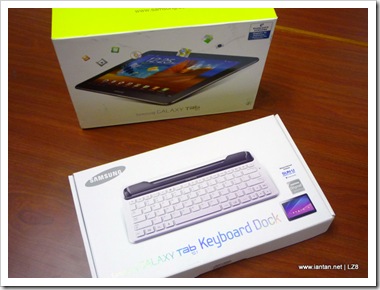 The end result is that the courts cited tons of prior art before the iPad (or you can say that Apple actually copied the ideas from others and should not claim to be their own, or another way to look at it … Apple’s patents are worthless!). The Dutch court even went as far to say that with the minimalist design of the iPad, it makes it almost impossible for Apple to claim anything.  Everything was thrown out except for the part for the Gallery application violated the “feel” of scrolling between images whilst browsing.

That aside, I was lucky enough to be able to get hold of a Galaxy Tab 10.1 and even had an iPad next to it to determine for myself whether they are the same.  It is DEFINITELY not the same nor similar!  The iPad form factor is much better than the Galaxy Tab 10.1 probably due to the 4:3 ratio instead of the 16:9 ratio.  The Galaxy Tab also doesn’t have the “home” button on the front.  Anyway, I am not here to judge on this technically but it sure doesn’t look the same at all to me.

That aside, a tablet is a tablet.  They are all rather similar but the Galaxy Tab 10.1, like the Apple iPad, is quite light and the trade off is the lack of extension ports such as USB or SD card slots.  But it is definitely more portable than other tablets that I have had the opportunity to try out.

How does the docking station fare?  It has a very white white surface that looks really good.  The chiclet style keyboard is great and you can actually type pretty well on it. The tablet itself slots in very smoothly and it is angled at a comfortable typing angle (see below).

(I know I didn’t really say much about the Galaxy Tab 10.1 … let’s hope I do a better job with the Asus EEE Pad Transformer soon

One of the accessory that I bought with the Olympus XZ-1 was an external flash.  Although the XZ-1 came with a built-in flash, it is rated at 8.6 Guide Number (GN) @ ISO100.  Although it serves its purpose reasonably well, from past experience with indoor photography, 8.6 meters (8.6 GN is approximately 8.6 metres range) is insufficient. 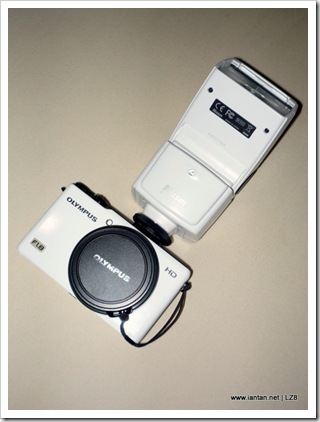 I was initially a little unsure whether the Nissin Di466 will work well with the XZ-1 as there were little confirmation online and I could not really find any images with the Di466 attached to the XZ-1 (hence the picture above for the rest of you!).  The Di466 is rated at GN33 @ ISO100, which should be reasonably sufficient for indoor photography (especially for parties and with fast moving kids … well, the XZ-1 is technically still not that great for such an event as the Auto-Focus is not as fast as a full blown dSLR, but that’s another story altogether). 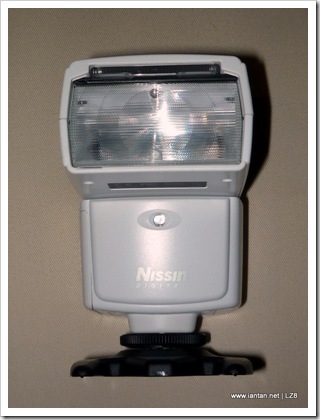 Other than pure reach of the external flash, it must be noted that the ability to bounce the light is of extreme importance.  This is in order to avoid any harsh lighting, such as that in the picture above.  It was directly from the built-in flash of my Panasonic LZ8. 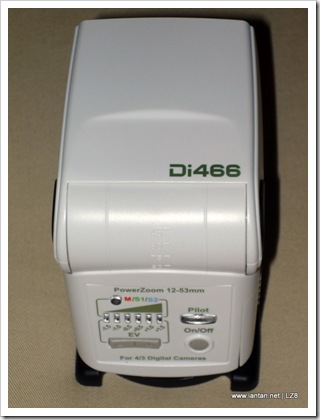 Like all external flashes, the Di466 also came with a built-in diffuser.  Of course it is just a basic diffuser and serves it’s purpose well. 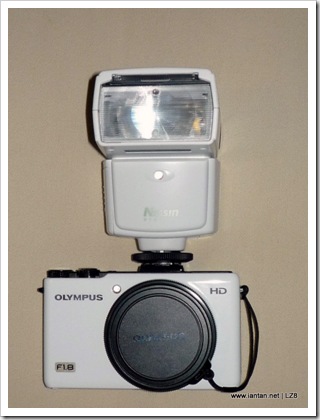 Although it is a smallish external flash, it uses 4 AA sized batteries (I use Maha Imedions).  Another plus point on having an external flash is that the battery for the XZ-1 will last longer.  If the built-in flash is used consecutively, from my estimates, you will probably get less than 200 shots on one battery charge (I may be wrong here, but it is just a rough estimate from my earlier test shots).

The Di466 can be triggered remotely and wirelessly!  Although I don’t think it is able to function with it’s TTL whilst in wireless mode, this capability comes in handy.  It is triggered using the built-in flash and works very well.