Sony to bring 2 full-frame DSLRs and A500 soon?

Rumours are abound that Sony will be introducing a pro-level full-frame DSLR to be in direct competition with the Nikon D1 and the Canon 1D (I guess these two have used up all the Ds in all formats possible, so Sony is left with an A?).

photo rumors have a whole list of potential new release from Sony, ranging from an Alpha 130 to the super high-tech cutting edge technology Alpha 1000 with 30 Mega Pixel?  These are definitely just rumours as it is but then, these are possible!  So, you can start to salivate now.

One thing is for sure, the Alpha 500 and the Alpha 550 seems to be a reality real soon. (image from photographybay.com) 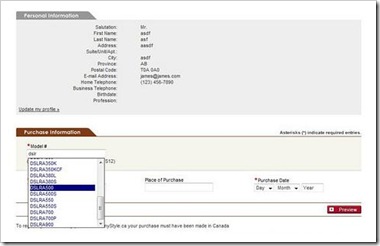 Even if they are rumours, it seems that the market is expected to be moving towards full-frame and beyond (like a Hasselblad’s 50 mega pixel camera with a sensor that’s larger than full-frame).