This time it is not due to nostalgia reasons but more for practical reasons. There have been some unscrupulous people who have been trying to make a quick buck out of puncturing motorist tyres on the Penang bridge, such as the one reported in The Star earlier this year. One other reason that was highlighted recently was that the ferry service lost RM21 Million for the financial year 2008. 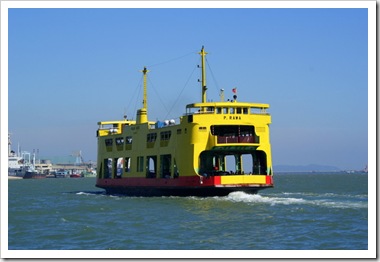 If you are travelling long distance, either make sure you have an AAM membership or just the ferry services. It does cost more as the fare is RM7.70 instead of RM7.00 (unless you take the bridge in and take the ferry out). In addition, if you are heading south, you will probably need to pay another RM1.30 in toll. 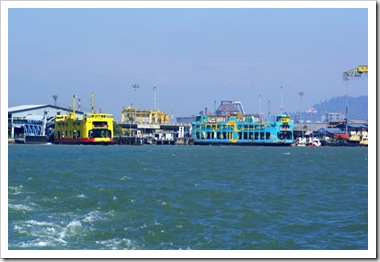 The advantage of taking the ferry is that you actually end up smack in the middle of Georgetown. However, if your destination is south of the island, then the bridge will be nearer. 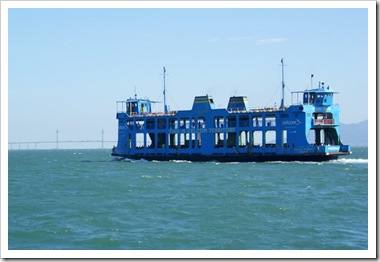 Another picture of a ferry that has only a single level for vehicles. 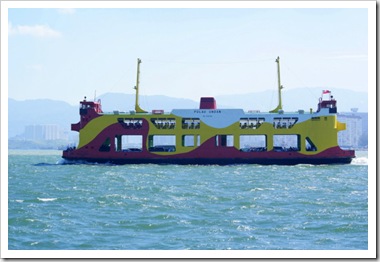 Excuse the slightly hazy picture, the environment was really hazy that day.