Although I did not go to this restaurant after my hike to Broga Hill (I actually went to the KFC @ Kajang!), I think it is worth mentioning about it as it is a good place (as long as you don’t mind their attitude) to have lunch after the hike. (I have written about this place before, so I will mainly re-state what I had written). 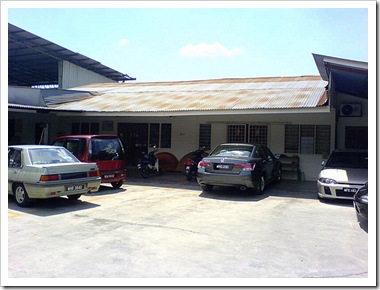 Firstly, the restaurant doesn't have any billboard or sign to indicate that it is a restaurant and it looks very much like a normal house in Semenyih.  The only reason why I did not end up in the wrong restaurant is the fact that there were lots of people going in and out of the place and the bright orange table cloth being dried out on the fence of the "house".

The ambiance is like any other small town air-conditioned restaurant where the patrons are just there for the food.  Service is pretty crappy (and somewhat quite impatient, if not bordering on the rude side).  However, like they say, the more impatient and rude they are, the food ought to be good.  It is a proportional equation I guess.  First off the line, we ordered the curry fish head. 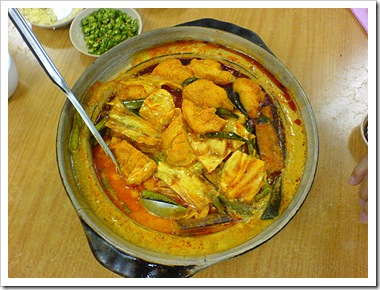 The curry fish head is the type where the fish head has been cut up into small pieces and deep fried prior to cooking the curry.  The overall taste is quite good except that the gravy is not smooth enough and hence creates the impression that it is on the spicy side.  They were very generous with the vegetables which consist of brinjals, lady fingers, tau-pok, cabbage and long beans.  Next on the list is "mui-choi-kau-yuk" ... 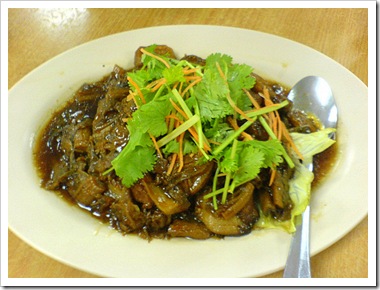 This being one of my favourite dishes is cooked very well.  The presentation is something which can be better; where most places will place the vegetables and meat alternately, this place just cook them all together!  However, the texture of the vegetable and meat is really good.  However, for those who expected it to be more tasty, this place probably uses very little five spice powder in order to ensure the silky smooth texture of the meat.  It compromises the lack of spice with being on the sweet side. 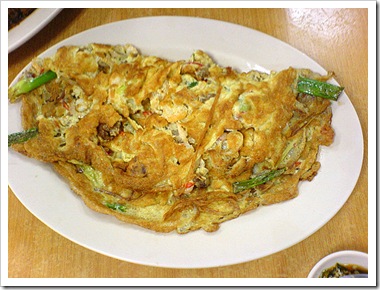 A boring foo-yong-tan.  It is cooked well, nothing much to say about it except that this place don’t seem to entertain minor request such as no chili. 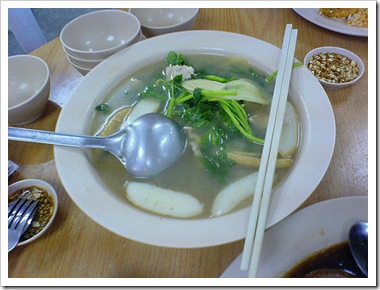 Lastly, we tried the spinach in superior soup.  The waiter asked whether we wanted it with or without the century egg and we opted for without.  Although this is a plain simple dish, they did cook it very well and with the very succulent fish cakes.  Soup is on the sweet side but very pleasant and has no grainy feel to it (as is quite usual for many places that does this dish).

Their house specialty is actually the dark beer ribs (Guinness ribs or “Hark Ber Pai Kuat”) which we did not order.

Have a good meal after the hike.

So next hike, no more KFC.. we know where to go for makan