I have walked pass this little restaurant/cafe so many times but it had never really attracted me to enter the premises.  Last week, I just decided that since it has “survived” this long, maybe I should give it a try, and so we did.

The cafe is located on the Ground Floor of The Curve at Mutiara Damansara.  Upon walking it, it seems like it tries to be a localized char-chan-theng, which was weird as it wasn’t here nor there (if you know what I mean).  First off, the waitresses seem to be from “anywhere other than here”, they either spoke mandarin with an accent from motherland or they spoke bahasa with a twang from across the straits.  Anyway, it doesn’t matter, they do try and it works. 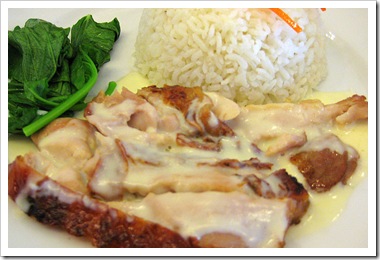 Not sure why but mother ordered rice and chicken chop with mushroom sauce (which was pronounced mushroom soup and led to some misunderstanding when the order came).  I did not try it but it looked really BORING!

I had the ying-yong (coffee and tea mix) which was actually quite nice without the bitter after taste. 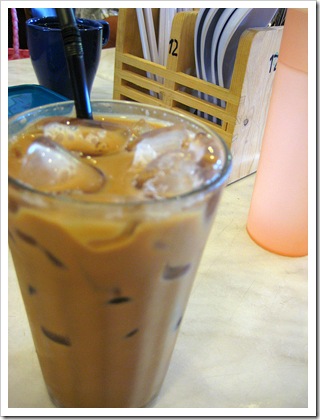 And their noodles with spicy meat (ala Szechuan style).  It was quite plain but the soup mixture (with the spicy minced meat) made up for the very plain noodles. 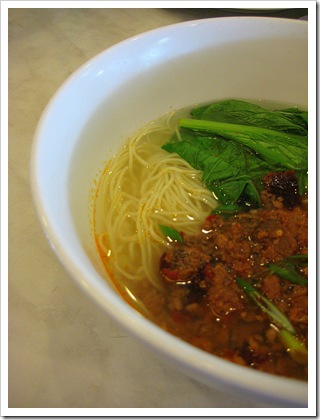 Our party also ordered kon-low noodles with fried luncheon meat and egg … yes, yes … it is something that we can easily do at home.  The presentation of it wasn’t bad, taste was as expected except that the noodles were a little tough to our liking. 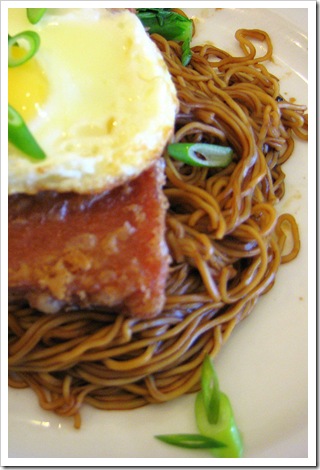 Our curiousity got the better of us about this Vietnamese fried, rice and upon enquiry, they told us it is thim-shuen (sweet and sour).  So we gave it a try.  When it arrived, it looked like our typical fried rice and the taste was just mildly sweet and sour (if we were not informed earlier, we may have just thought it was a slightly sweeten yong-chow fried rice). 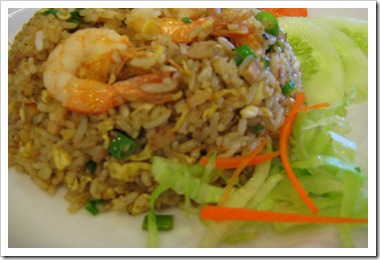 Well, after ordering stuff that we probably could have done just as well ourselves with some effort, I decided to at least order some tim-sum to try them out.  They arrived much later and it is served with the sweet sauce and chili sauce (which was rather odd considering that this place tries to be more “foreign” but ended up more localized).  The siew-mai and the fishball were good … I guess that’s the best I can describe them to be. 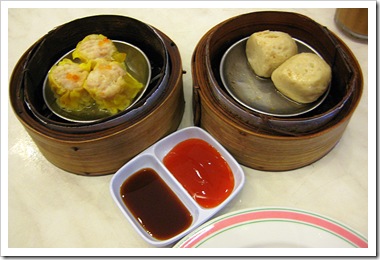 Overall, it depends on your mood for the day but definitely not a must try place.  Having said that, what’s a must-try in that area?

OK note to myself.. never go and eat at Lan Kwai Fong cafe..

this is really a bad review.. err or should I say good review for bad food ;-)

Hey, I can't view your site properly within Opera, I actually hope you look into fixing this.