About a month ago, I walked pass this restaurant and the aroma from it attracted my attention, mainly due to the smell of boiling tong-kui (chinese herbs).  It looked like an up-market chinese restaurant except that it is “open” and doesn’t have walls  between the diners and the other mall visitors.  Having said that, they do have private rooms for booking if needed but the main dining area is “open”. I had a look at the menu and to sum it up, it’s steamboat (hot soup pot) with different varieties of soup based, from the typical “ching-tong” and tom-yam to chicken herbal soup!

So, on the eve of mother’s day … that’s where we went with 3 mothers! 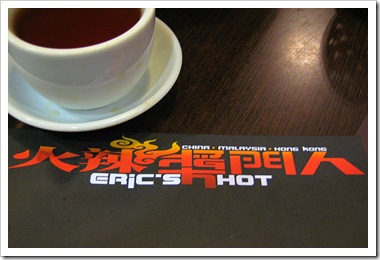 The “Eric” is actually the Hong Kong actor, Eric Tsang.  The short fella with the squeaky voice.  You will be able to see his pictures around the restaurant. 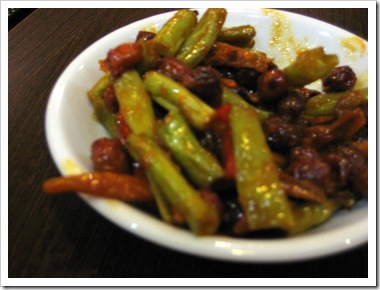 Before we even started to have a look at the menu, the “appetizers” came.  Normally, we would tell them that we don’t want them but these looked interesting, so we pecked at it.  DO NOT send them back =) , they are quite good.  It is anchovies, peanuts and long beans mixed with some sweetish sauce.  Very good start. 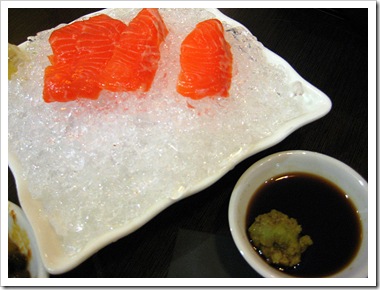 Along with out pot of tea, they served us some salmon sashimi on a plate of ice.  Nice … 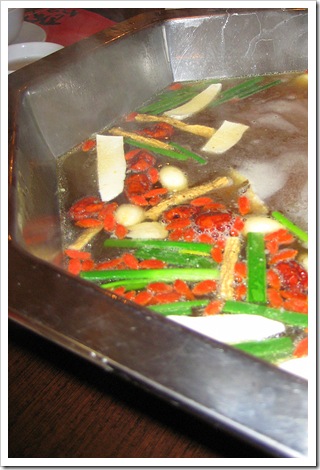 We ordered the Herbal Chicken Soup based for our hot pot and it came in this octagonal metal pot on a convection stove.  The stock had garlic cloves, wolfberries, tong-gui, chicken, spring onions, cinnamon stick and probably others.  The aroma was what I had in mind and it just felt … healthy?  Note that since they used the convection stove, the metal bowl is not hot and is safe to touch (won’t burn yourself here!) 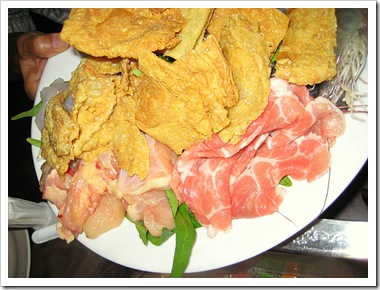 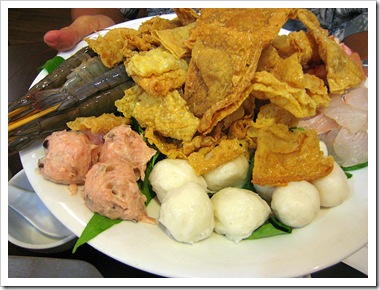 We were too hungry and lazy, so we just chucked the whole lot in.  Normally, we should add the seafood and vegetables later as they cook faster.  In addition to the unique soup base, the sauces for the meal were also quite unique.  There were about 10 different “sauces” ranging from sesame sauce to just plain raw garlic.  The sauces are spread out at the entrance of the restaurant and it is self-service for this. 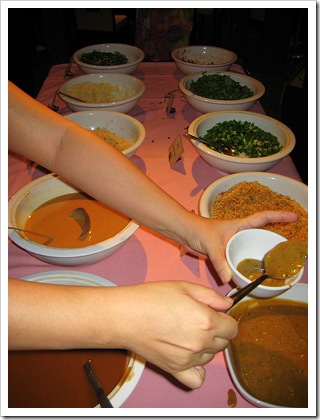 It didn’t take long for the food to be cooked. 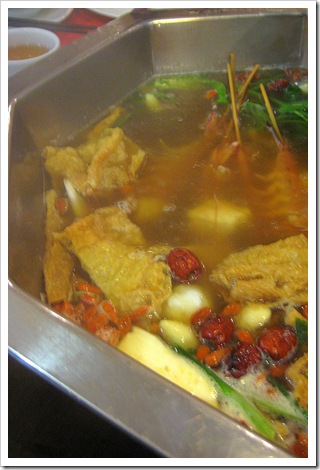 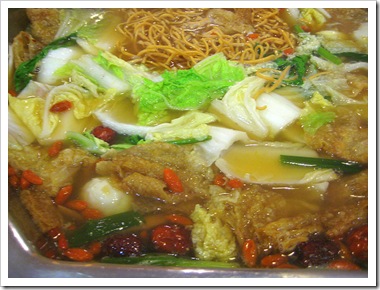 This is a highly recommended restaurant in my opinion and I will definitely return to give other soup bases a try.  Our meal came up to about RM100 and I had quite a few bowls of the herbal soup.  It is located at the east side of the Hartamas Shopping Center, on the ground floor.

If you are not sure how to get there, I don’t mind being a guide for a meal =)

In Chinese, it is called 美食獎門人