Sony makes very affordable external flash units for it’s DSLR.  At the time of writing, they have the HVL-F42AM and the HVL-F58AM.  Although they are affordable, they sport this interesting feature called the Wireless Flash. 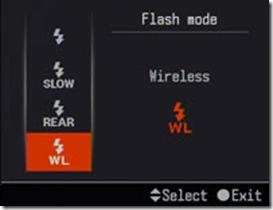 This is particularly useful when you may not want to have the main light source (the flash) from the lens angle.  Much like in a studio environment, the setup will typically have 4 light sources that can be triggered together or in a certain order.  A useful feature for outdoor portrait shooting.

To be continued … Part IV

Posted by Ian Tan at 12:02 AM
Labels: camera, photography