I am still looking for a suitable communication device since my last posting on the SE EXPERIA X3! The X3 is suppose to be running on Google’s Android and the current model in the market is the X1.  So, what actually happened to the X2? 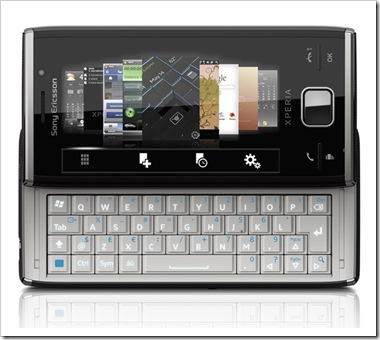 Well, earlier this month, Sony Ericsson made an official announcement on the EXPERIA X2.  Excerpt from the press release …

London, UK – September 2, 2009 – Today Sony Ericsson announces the XPERIA™ X2 a new Windows® phone that offers a best in class email and multimedia experience. In the modern world where 24/7 communication is key, users can instantly synchronise their mail and calendar and open and edit Microsoft® Office Mobile documents quickly and efficiently to stay connected with colleagues wherever they are.

Note that, Sony Ericsson also announced another EXPERIA model called the PURENESS, which “brings together beautiful craftmanship”. (To be launched in November 2009).

Have you tried X1? I wonder how's the GPS performance.