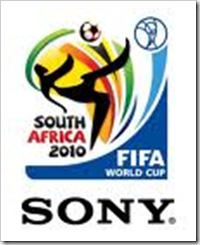 Sony-FIFA partnership agreement from 2007 to 2014 inclusive will see one of their biggest marketing trust during this 2010 FIFA World Cup! The FIFA World Cup having probably the 2nd highest following in the world (after the Olympics) will see Sony developing its global marketing activities as the official partner.  With the first match starting on 11 June 2010, I would expect Sony to do some intensive product launches beforehand. 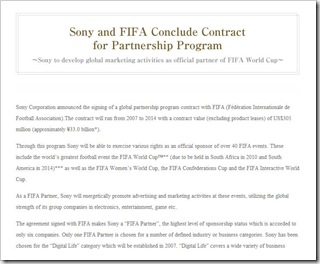 Click on the image above for the full news release

From the DSLR class cameras, the Alphas and the rumoured NEX camera series, I would expect the following to be made available before the World Cup starts.  The A1000 or A1r or whatever new name full-frame camera with some fast lens have to make an appearance to enable the capturing of crisp and clear football shots by some professionals.

The A6xx or whatever they will call it, probably an upgraded A500/550 with video capability should also make an appearance for the amateur photographers and videographers. (This is the “other” camera beside the rumoured A700 replacement during PMA2010).

The DSLR class compact, aka the NEX cameras, for the spectators/novice photographers.  They will have to ensure that they have a superzoom for them as well. Sony UK has already sent out their teasers and it is almost certain that it will be launched in May.

Those are the cameras that I would expect Sony to launch for photographers together with possible a 400mm f2.8 or higher specification lens. 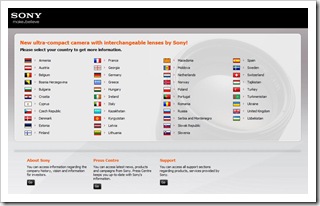 Note: The other partners being Adidas, Coca-Cola, Emirates, Hyundai and Visa.  So I will also expect Hyundai (and Kia) to ensure that their latest products such as the Hyundai Sonata YF and the Kia Optima to be made available world-wide and be used as official cars.