I am not a Tong Sui fan in general but about a week ago, I stumbled upon this place as someone wanted to have a Tau Foo Far after dinner.  We had dinner in the shop next to this place, Street House (can’t remember the exact name) and as we were leaving, we saw this shop and coincidently, it serves Tau Foo Far. 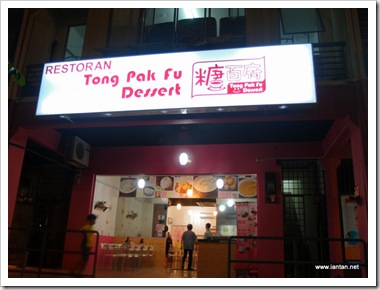 Another week went by and once again, we decided to pay this place a visit.  I won’t really say that it is the best but what I can say is that they don’t over-sweetened everything and kill off the taste of the actual content!  It is how I actually like it but may not be to everyone’s palette. 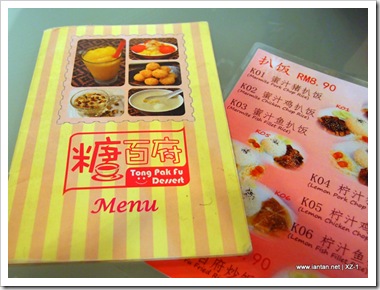 I had the Red Bean with Ginko dessert, and I can confirm that it is sweetened nicely.  It is however, as diluted as what I had last week which was maybe how they make their Red Bean desserts.  So, to confirm this, we ordered another dessert, the Mango Sago (they call it Sagu) dessert. 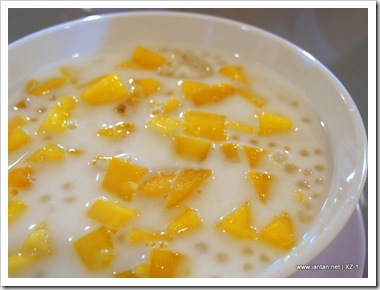 This is also slightly different from what we had expected, instead of using coconut milk, they used milk and served it cold with ice cubes in them.  It is also very light and without the “santan”, it feels healthy.  The amount of fresh mangoes in it is very generous.  If you like milky desserts, this is a good choice. 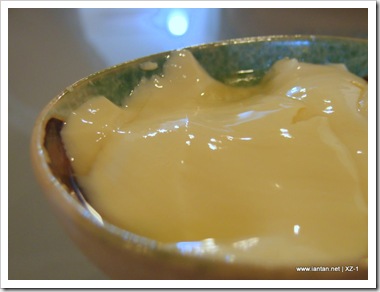 Once again, we also had Tau Foo Far and we can confirm that the texture is consistent; soft and smooth.  Again, it gave that very light feel to the taste.  Also recommended if you are not into strong tasting desserts, but are the type that likes “mouth wash”. 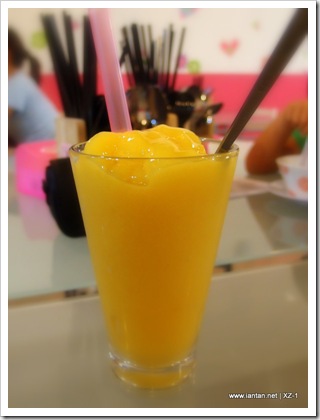 Other than “chinese” type desserts, they also serve items such as Mango Smoothie (pictured above).  When it came, it looks like a big lump of Mango pudding/jelly and the straw looked out of place.  However, it is actually the mixture of the fibrous mango with ice.  They were really generous with the Mangoes.  This is a really great “drink” for a warm evening or after a hot day. 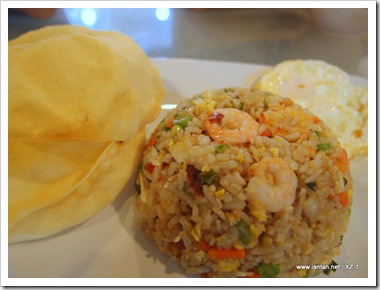 They also serve food such as Chicken Chop, Chee Cheong Fun and Fried Rice.  We ordered the fried rice and although it looked quite ordinary, we think they added glutinous rice which made it slightly special.  The sticky nature of the fried rice gave it an edge over other ordinary fried rice.  A recommended item.

Overall, there is nothing really outstanding about this place but it is a cosy, good value and the food has this home-cooked feel to it.  In other words, it doesn’t make you feel guilty in terms of health after eating out too often.  The food also doesn’t have very strong taste to them, that is typical of many restaurants.  Desserts aren’t made too sweet nor too thick.

A good place to hang-out after dinner (but it closes at 10 pm!) or just to have a simple dinner.

Hi, The real tong pak fu dessert house from hongkong is finally here in malaysia! Franchise outlet opened in sunway giza mall on 30aug 2011.2nd outlet is opening soon in mid of sep in klcc..Do check it out and follow us in facebook.thank u!

Is this the real Tong Pak Fu from So Good?