Another new toy on hand!  From the day it was launched, I was awed by the fact that this compact camera has a F1.8 aperture and what more, on the tele-end, it is only at F2.5!  I had my doubts on the IQ of the camera but from initial reviews I read from various sources, there were nothing more than accolades for this camera.  Olympus was thought of as a “dying” brand except for those underwater fanatics and obviously Olympus also launched the underwater casing for this compact. 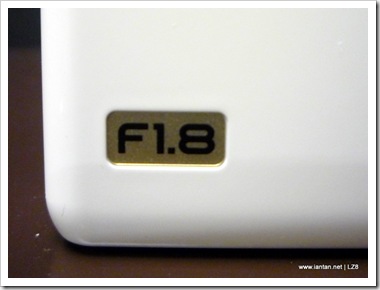 Many months ago, I had already given this camera some thought, together with the Lumix LX-5, Canon S95 and the Sony HX9V.  I was already leaning towards the XZ-1 but when it was time to get a unit, the LX-5 saw a price reduction!  This created a slight delay in my purchasing but a decision had to be made.  Both cameras were so close in terms of usability and even specifications (but that’s not the main point here). 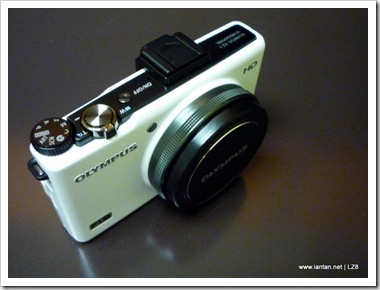 I am not going to list down the specifications or comparison with other cameras in the same range but will basically highlight what you may be interested to know about that’s rarely mentioned in other reviews.  First up, the fastest shutter speed is 1/2000th of a second which is slower than the LX-5.  However, they do provide a BUILT-IN Neutral Density filter, which is about a 3 stop ND filter.  This is not a software feature but a physical ND filter that sits behind the lens.  I will try to post up pictures taken using the ND filter to show the number of stops equivalent later. 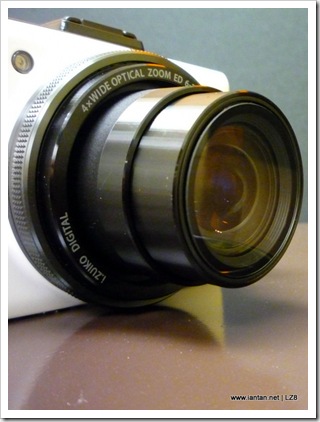 The picture above has a Keep Digital UV Filter on the front of the lens.  It uses a 34mm filter size, not the screw on type used on dSLR lenses, but a stuck on type.  This is usually used for Digital Video Cameras. 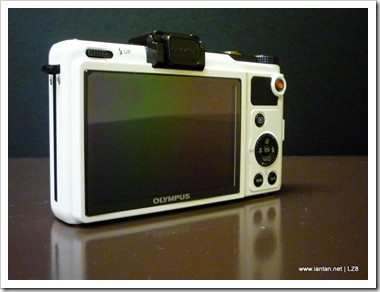 Other features (which are also available on the LX-5) that should be noted are the multi-exposure capability and the super MACRO mode that has a minimum focussing distance of 1cm.  It also has one of the highest ISO sensitivity settings at ISO6400 but at ISO1600 and above, it is really too noisy. 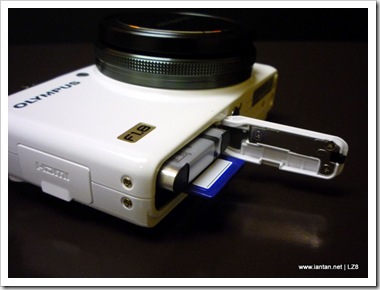 On the negative side, there is no controls for White Balance using the Colour Temperature (Kelvin), it does not have an AEL button (well, doesn’t really bother me actually) and it comes with an in-camera charger via the USB port (this bothers me as I would like to charge my batteries externally). 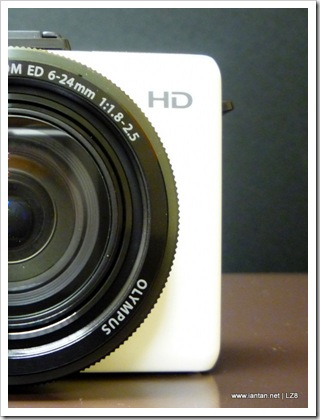 What was my deciding factor against the LX-5?  I must firstly state that I think you can’t go wrong with either camera but I had to make a decision.  Whilst the LX-5 is a good 10% cheaper, has a 24mm equivalent wide angle lens and I love the control dials on the camera (same as the Micro 4/3 on the GF-series), the decision on the XZ-1 was made due to the slightly bigger aperture, the slightly longer (although not as wide as the LX-5) zoom range and surprisingly, the control ring is quite pleasant and easy to use. 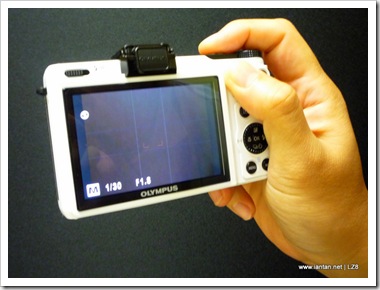 What else did I get with it?  A WHITE Nissin Di466 external flash to match the camera!  Will try to post my thoughts on;

… when I have the time

Get Mikro Fur Turds, can share flash ... which can be remotely triggered ...

Hi Ian,
I just bought this camera. I'm very interested in your experience with the Di466 flash. I'd especially like to know if it does proper TTL auto flash wirelessly.
I know it does wireless - but does it then control the flash automatically like it does in the 4/3rds cameras, or must you operate the flash manually.
Cheers,
Tony

Hi Tony, when wireless, it doesn't do TTL and it is totally manual (I think). It does TTL when used attached to the camera. (I may be wrong but that's how I have been using it)

Hi Ian,
Ah rats! I was hoping it would do TTL when wireless. That would have made it perfect. Good price, good size, good(ish) output, and TTL.
I think I saw on the dpreview forum, a guy using the same camera/flash combo, but with a cable to get the flash off the camera - and still give TTL. Not as good as wireless, but something.