This place came highly recommended by a colleague of mine and it seems that everyone who lives in Kajang or nearby knows about it.  It is suppose to a very reasonably priced place that serves good fresh food.  They have just moved to the current location not too long ago (a year ago?) from their previous location that’s just down the road. 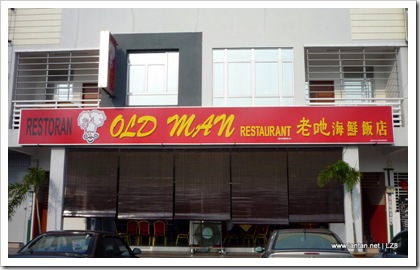 We checked out their online site and it states that they are open 7 days a week and their operating hours in the evening is from 5:30 pm to 11:00 pm.  We have been told that they can get rather crowded and as such we decided to get there early.  It is not that difficult to find with the directions that they provided on their online site as well as on their facebook site.  We got there slightly after 5:30 pm and their blinds were still down (as above).  Yippee, we avoided the crowd and even parked our car right in front of the restaurant.  We went in and noticed that we were not the first, there were two other tables. 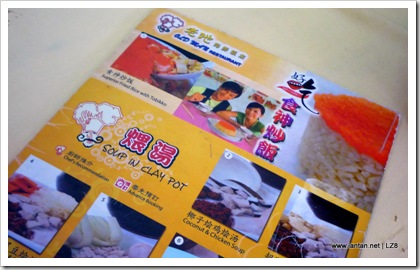 The staff were very attentive even though they were actually in the middle of having their early evening meal.  For a busy restaurant, they were very patient as we were rather fickle minded about what to order.  The first thing that we ordered was their house speciality and unique Tobiko Fried Rice. 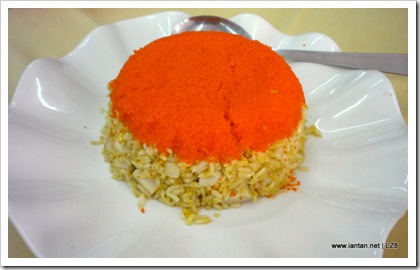 To those who are wondering what’s that orange stuff on top of the fried rice, it’s Tobiko, which is the roe of the flying fish species.  They are generally very small, about half a millimetre in diameter and pops in your mouth when you bite them. The Tobiko themselves were rather expensive but the fried rice themselves were full of large prawns!  … oh, and fresh ones too! 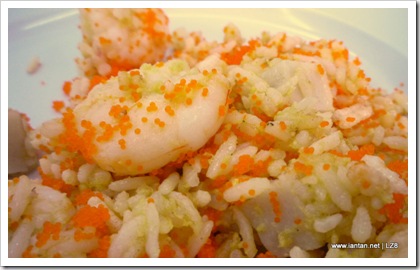 Next up was the Gui Lin Tofu.  This dish is surprisingly well made in that the sauce is not too starchy and the taste is just right, not too strong and the garnishing was not overwhelming and gave it the right crunch. 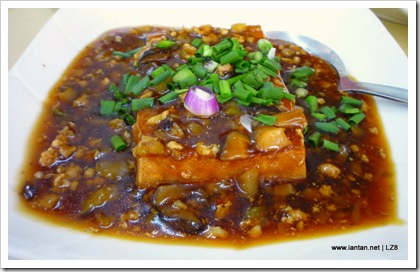 Whilst placing our order, I asked about whether they have any curry dish other than the Curry Fish Head.  They recommended the Curry Tilapia Fish which I asked them to place additional vegetables.  After we placed our orders, I started to wonder about how they will cook the Tilapia in a curry as Tilapia fish are generally either steamed or deep fried instead of cooked in a curry.  Well, the way they did it was to firstly deep fry the fish and then cook it in the curry which was extremely pleasing to the taste buds. 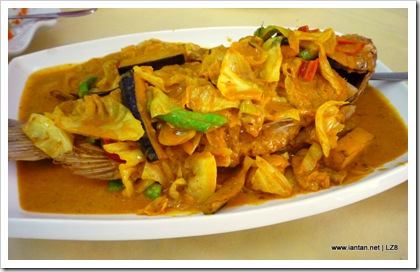 The curry was great!  Of course, we needed extra rice to finish off the gravy!  Next was the boring potato leaves fried with garlic.  Ok, although it is boring, they actually did it very well.  We think it was because the vegetable was very fresh and the taste was slightly different in that the garlic was very lightly “cooked”, not even fried (we think). 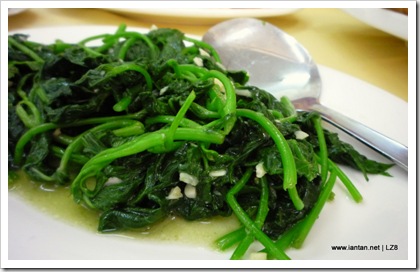 We also tried their crabmeat tofu.  They were very generous with the crab sauce which again was not as starchy as most other places and it actually had quite a lot of real crab meat!  A very good dish (except that when they use real crab meat, it also unfortunately had small crab shells 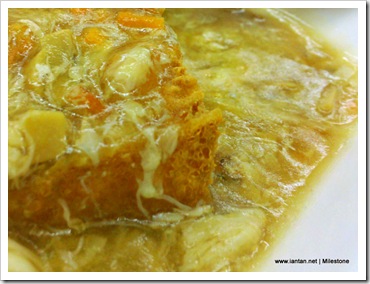 We had the Claypot Eggplant as well.  It was sizzling when it arrived, the eggplant were definitely fresh and smelt really good.  It does however is a little too saltish for us, as they had abundance of what we believe Taucu beans in it. 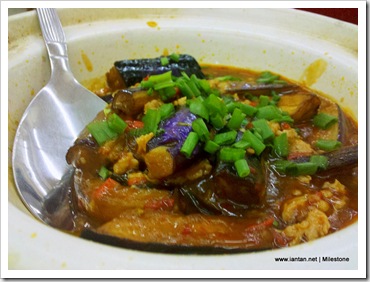 For meat dishes, we tried the Thai Salad Chicken which we had no complains about but I am not able to describe it well here.  Definitely a good dish but unfortunately overshadowed by their other dishes. 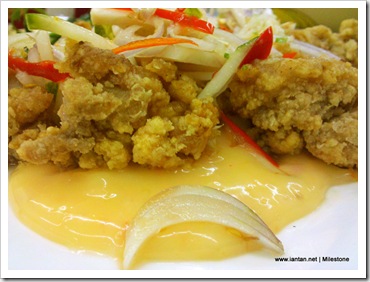 Another meat dish that we tried was their Nestum Pork Chop.  The meat slices were very thin and well coated with Nestum.  We believe the trick in their well deep fried Nestum Pork Chop is the thinnest of the meat so that it was just a quick dip and fry.  It is definitely a recommended dish if you love the taste of Nestum. 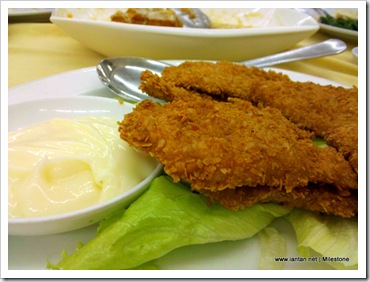 We would recommend all the dishes above, especially the Tobiko Fried Rice, the Curry Tilapia Fish, the Gui Lin Tofu and the Nestum Pork Chop.  There is however, only one rather disappointing dish, which was their Salad Prawns.  Although there is really nothing wrong with it but we felt that it would be much better if it had a crispier batter coating.  However, the coleslaw that came with it was excellent. 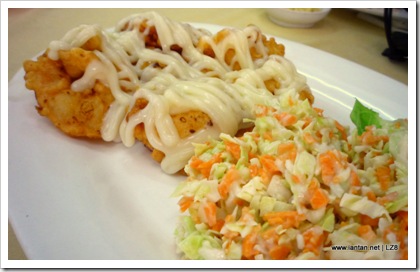 That all, we will be visiting them again soon.  Oh, the price is very reasonable as well. Note that we did not have all the above dishes in one sitting, it was over 2 meals.

aiya making me hungry.. now thinking of going to Oldman for dinner next week...

hello..coming by to visit.. Never been to the Old Man Restaurant yet.. nice name though..

There is a Youngman Restaurant nearby also ...