It was one of those evenings when we just wanted a simple meals but was too lazy to cook at home.  Then the next problem was to decide where to go that will firstly not break the piggy bank and if possible somewhere that we have not tried before.  Of course, going somewhere that we have not tried before would also entail the risk of breaking the piggy bank.

Somehow, we ended up driving to Mahkota Cheras and it was between the Greedy Miow (which we will try the next time we visit this place) or the “restaurant behind Si Fu restaurant”.  We arrived before 7 pm and since there were ample parking space in front of Happy O Restaurant, the decision was made there and then. 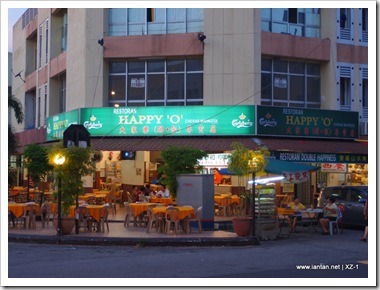 In order not to break the piggy, the first thing we decided was not to have any seafood!  So we proceeded to order a boring but safe meal.  Dishes that is almost impossible to go wrong.  First to arrive was Sweet and Sour Pork. 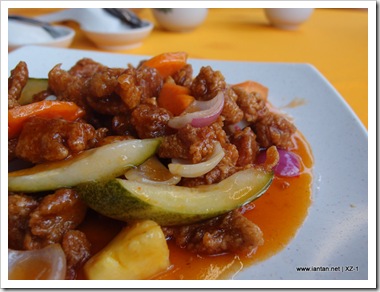 The taste was normal, nothing to complain about it except that I usually prefer my meat to be crispier.  Next to arrive was the House Speciality Tofu. 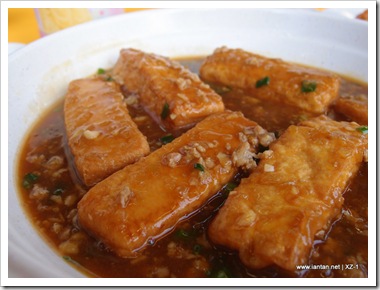 This tofu, according to the “captain” is made by themselves.  It was very well fried as the outside was “springy” whilst the inside was really soft.  The sauce was not starchy and had the right fluidity in the texture.  The taste was neither salty nor too sweet and hence this is a recommended dish.  Someone at the table wanted fried rice, so we also ordered a single portion. 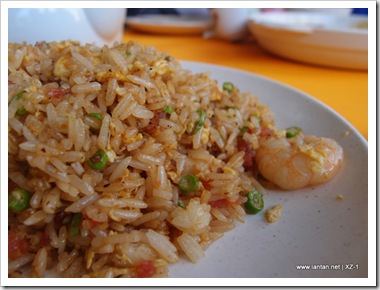 I had 2 mouthfuls of the fried rice, really nothing to complain about it but also nothing really spectacular either.  Then came the Egg Foo Yoong (didn’t I tell you we just wanted a simple meal?). 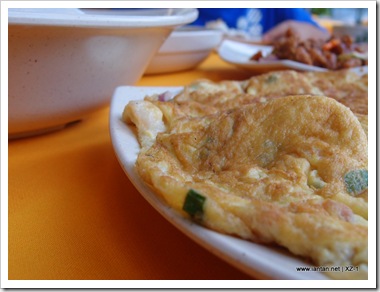 I never really knew how to take a picture of an Egg Foo Yoong especially this one where it looked like a flat pancake, almost in a single yellowish brown tone in colour. The Egg Foo Yoong was well done, the ingredients were neither too sparse nor too much.  My only minor complain is that it was really thin! 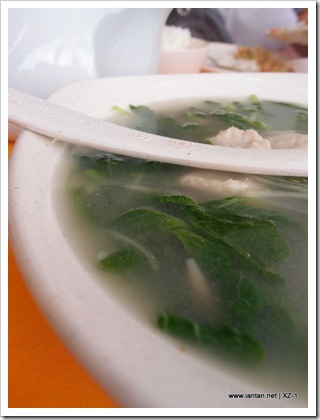 Finally, we also had a Spinach in Soup but we were given a choice of with or without fish paste.  I looked at the price and decided that it will not break the piggy, so we ordered a small portion with fish paste.  No regrets!  The fish paste was firm and springy, the way I liked them!  It went well with the spinach and the soup was also neither salty nor too strong.  Another recommended dish.

No negatives at this place, including the price.  We paid less than RM50 (phew) for 5 people, 4 dishes, tea and rice.  Oh, if I have to say something negative, the rice was on the hard side.  You better order something with gravy to go with the rice.

Looks not bad, for less than RM50.
So you just order a pot of chinese tea only?

Ya, a pot of tea for drinks.