Two things that caught my attention today.  The very first thing what that Android is definitely here!  I was checking my bank balances (to ensure that I have enough to last me till my next pay cheque) and the following screen caught my attention! 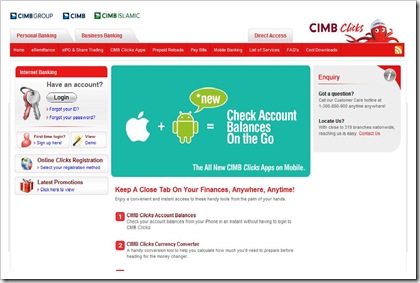 CIMB Clicks has got an Android mobile application … but what I don’t understand is the “Apple + Android = Check Balances”?

The second thing is that since the 2010 FIFA World Cup, any image of an octopus seems to also catch my attention.  Although CIMB Clicks red octopus has been prominently displayed at the top right hand corner, it somehow became more visible recently =)