The site of the Reunification Palace (or Reunification Hall) has a very long history, starting from the mid 19th century.  It has always been the administrative centre for the region until the end of the Vietnam war in 1975. 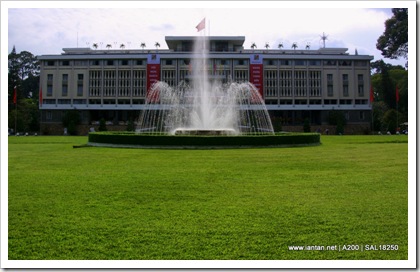 This site has marked the end of the Vietnam war when the North Vietnam Army’s tank crashed through the gates.  Until today, they have two tanks in the large front lawn of the grounds facing inwards. 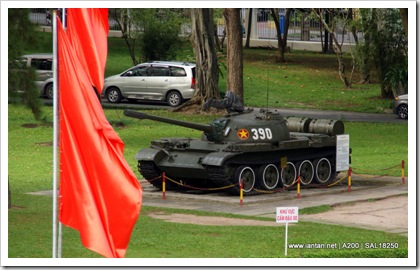 It is an unusual sight as you would expect that any guns would be facing away from the palace.  However it signifies that, with the tanks crashing into the ground and its turret facing inwards, the war ended. 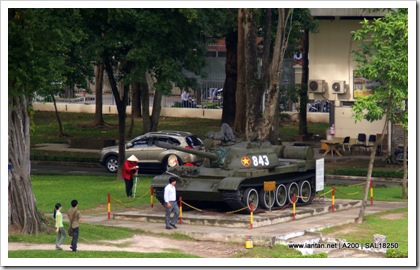 You will probably be able to find many pictures of the Reunification Palace online, displaying the South Vietnam’s President’s office, some replica of the official Mercedes, the east and west dining room setup, the underground chambers and so on.  The building is well maintained and serves as one of the main tourist site. 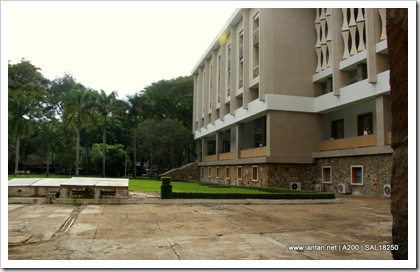 What I find interesting is actually not the rooms or replicas but the overall fittings.  The building itself is a basic boxy shape but the large number of windows, coupled with “sun shades” are interesting.  A view along the corridor:- 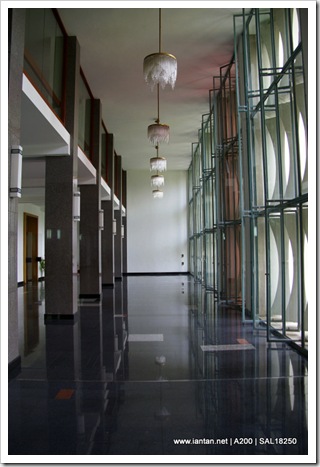 And a closer view of the window architecture. 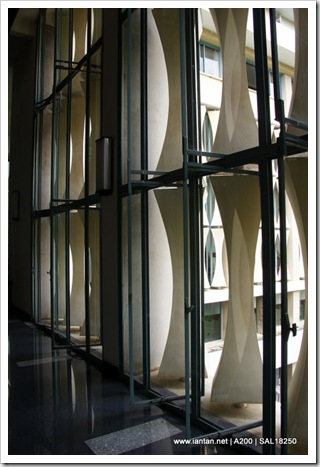 Posted by Ian Tan at 1:43 AM
Labels: photography, travel

Well! this post is good about Army tank. i really enjoyed this this is nice information for me.please keep in touch for more update.
Thanks for sharing.

What a great web log. I spend hours on the net reading blogs, about tons of various subjects. I have to first of all give praise to whoever created your theme and second of all to you for writing what i can only describe as an fabulous article. I honestly believe there is a skill to writing articles that only very few posses and honestly you got it. The combining of demonstrative and upper-class content is by all odds super rare with the astronomic amount of blogs on the cyberspace.