Another year, another opportunity for some “snapshots” of the traditional lion dance.  This is the third opportunity I have (in 3 years) and I am still trying to figure out what would be the right style for me?  Why?  Previous attempts in 2009 provided me with my first taste using a DSLR on the sharpness that can be achieved.  However, most of those shots were on stationary or with little action by the lions. 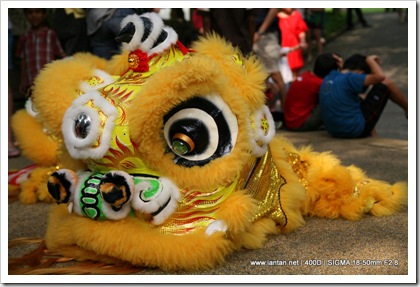 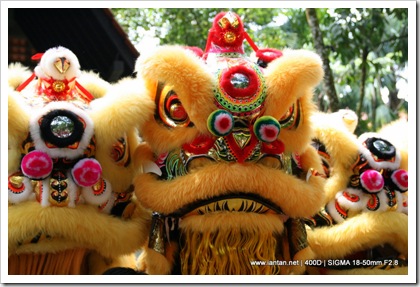 Managed to freeze some shots of the lions leaping and overall, I am quite satisfied with the shots although I still need to get the focus right to obtain sharper shots. 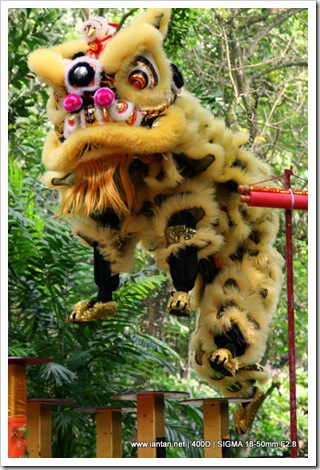 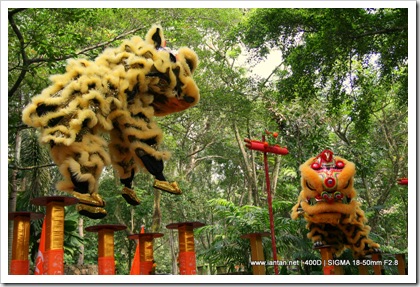 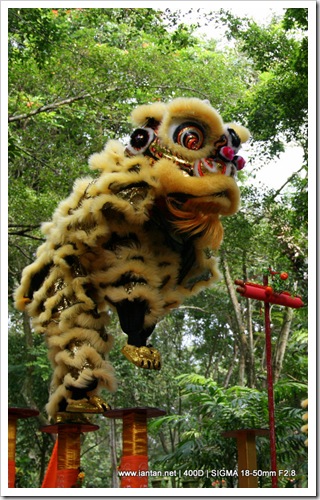 Some candid shots of the lion “bullying” some spectators … 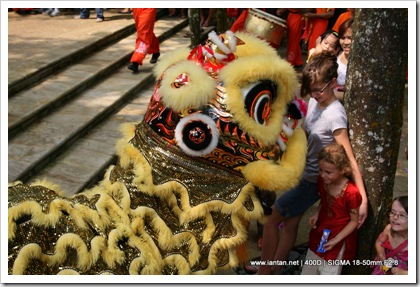 And a shot of an “auntie” to the rescue!  Looks like the lion is getting a telling off! 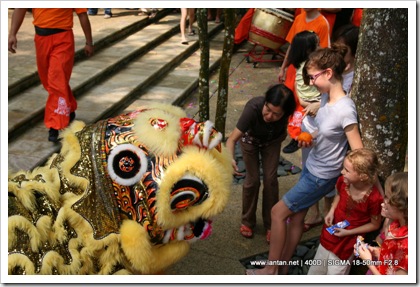 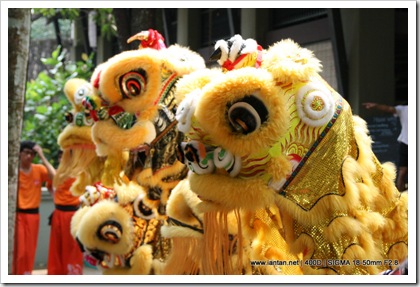 A nice close up shot of one of the lion head. 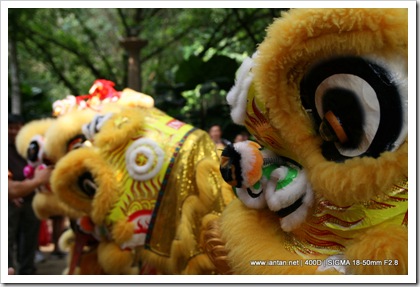 And to round it off, the fire cracker shot! 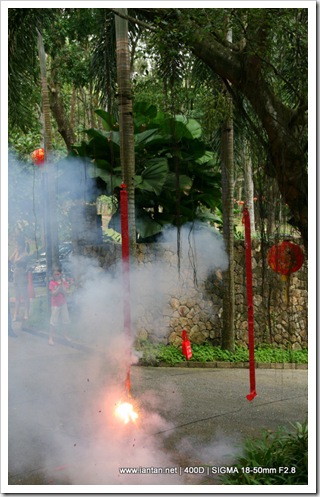 So, high ISO is also used during the day! =)