All the above doesn’t seem to be adhered to in many places, and the Hainanese Chicken Chop at Hailam Kopitiam (a competing modern day kopi tiam to Old Town White Coffee) has it’s own version. 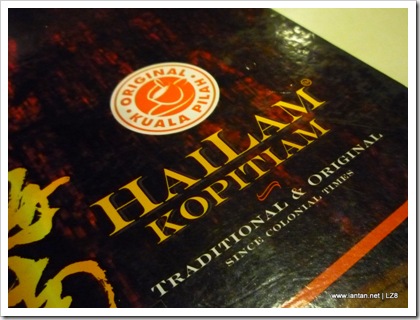 It is served with chips, some lettuce, coleslaw, deep fried and have a sweet sauce that’s cooked with the carrots/peas/corn combination.  They claimed that the food recipe is the original stuff from Kuala Pilah and have a small 1944 inscribed beside the Hainanese Chicken Chop in the menu. 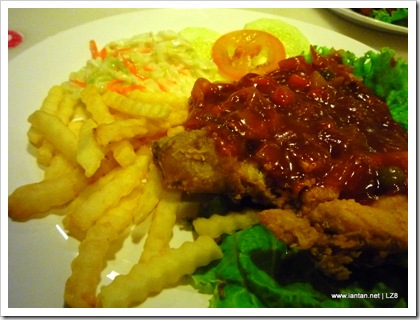 Straight to the verdict?  It’s tasty, although the sauce is too sweet for my liking BUT I really don’t think this is eligible to be called Hainanese Chicken Chop.  Anyway, the food selection at Hailam Kopitiam is good and being a regular to Old Town White Coffee, this makes a good change.  I also had a Teh C with it. 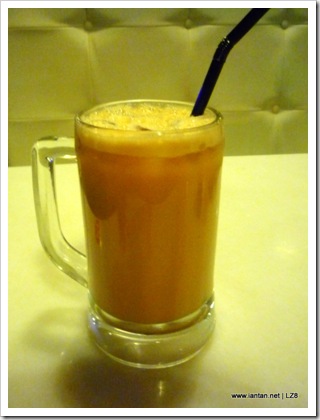 Still Trappers seem to serve one of the better Hainanese Chicken Chop.  Maybe I will talk about what constitute a Chicken Maryland sometime.